Listen To Omah Lay's New EP 'What Have We Done' 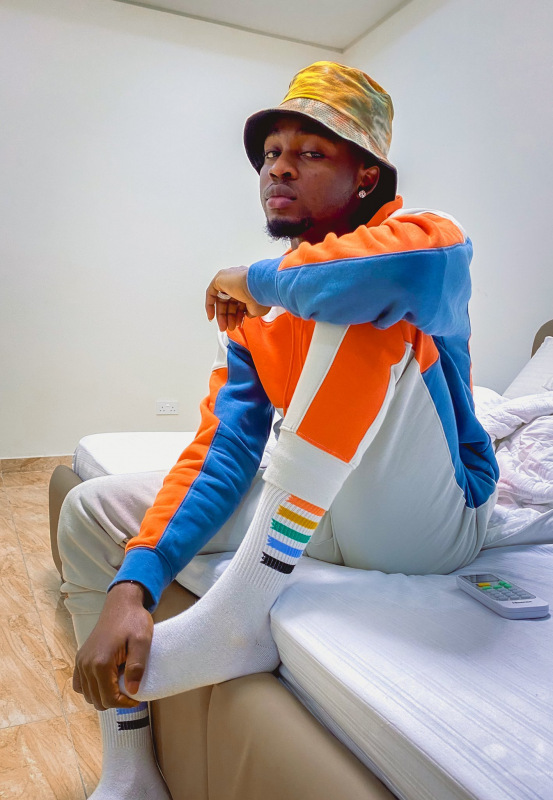 Titled 'What Have We Done', the new EP houses 5 tracks, all written by the KeyQaad records star.

Omah Lay officially unveiled the project on November 20, 2020 which houses recently released 'Damn Remix' featuring 6lack which is a bonus track on the EP. 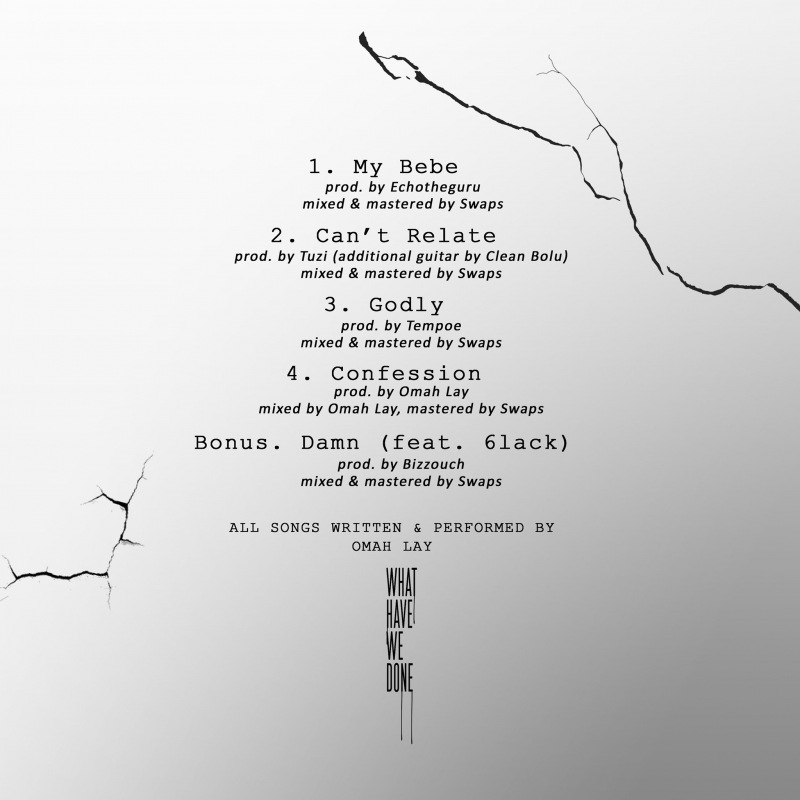 All the songs were mastered and mixed by Swaps

'What Have We Done' is the second EP that Omah Lay has released in 2020 following his debut one 'Get Layd' that enabled him rise to prominence.

'Get Layd' currently ranking as the top most-streamed EP by a Nigerian artist in 2020 was released in May 2020 and houses 5 tracks including hit singles 'Damn', 'Bad Influence' and 'You'.

Born Stanley Omah Didia, the 23-year-old Omah Lay started off as a producer and songwriter in Port Harcourt before switching to singing after realizing that he was not getting enough credit for sings who writes and produces for other artists.

His profile has fast grown in a short time, and he has already done collaborations with some of the biggest acts in Naija: Olamide on his 'Carpe Diem' album in the trending 'Infinity' song and DJ Tunes, Wizkid and Adekunle Gold on the hit single 'Pami'.