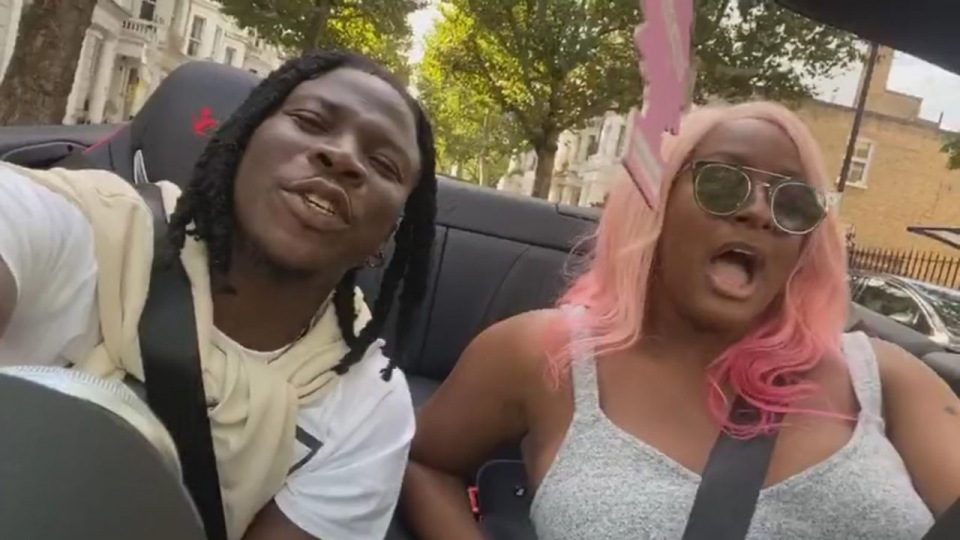 Stonebwoy and Cuppy’s Official Video ‘Karma’ Out
The official video for the song titled ‘karma’ is now out. In the video, Cuppy and Stonebwoy are seen exchanging verses while making cool dance moves in a relaxed party environment.
‘‘Karma’ was recorded on a trip to Stonebwoy’s studio in Ghana and it was really one of my best studio experiences,” Cuppy recalls. “I really wanted the video to reflect the energy we had in the studio, good vibes and fun.”

She continues: “My vision for the video was a fun and upbeat vibe. It’s been a really tough year and I wanted a video that would be an escape from the present reality. I hope everyone enjoys the video as much as myself and Stonebwoy enjoyed being on set.”

Stonebwoy adds: “‘Karma’ is a big tune with a super clean video to match it. The whole process was big vibes. Cuppy is a sister and this one will defo go far.”’
This same track ‘Karma’ also featured on Cuppy’s debut album Original Cuppy that was released in August and attended by Wyclef Jean, Rayvany, Rema, Julian Marley, Ms Banks and the likes. The star-studded twelve-tracker was hailed by Native Mag as “a special album that highlights her strengths and unique style”.
The playful official video for ‘Karma’ is an ideal visual accompaniment for the feel-good vibes of the track itself.