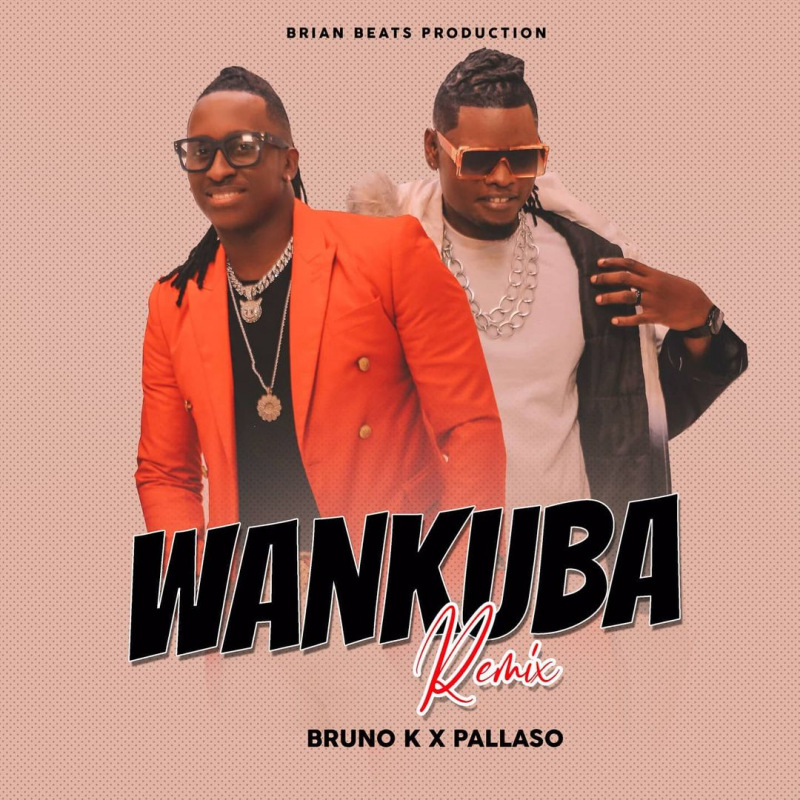 In 'Wankuba', (loosely translated from Luganda to mean I'm infatuated by you), both Pallaso and Bruno K can't get over the fact that they are crazy in love with this extremely beautiful lady.

With smooth catchy lines, they promise heaven and earth to this lady. The audio was produced ad mastered by Brian Beats, while the video was shot and directed by award winning cinematographer Director Pest of M Grate Pest.

On his part, Bruno K has faced several challenges in his career hindering him from consistently releasing new music. According to media reports, poor management is to blame for his struggle in the music industry.

The 'One for the Road' hit maker in May announced that he had finally signed under a popular international label and hopes for the best. He made the announcement on his social media pages indicating that his music will now be handled by US-based Black Market Records.

Bruno K is commonly known for songs like Wonder Woman, Ebisaanyi, Wanimba, Sembera, Ntaawa and One for the Road among others.