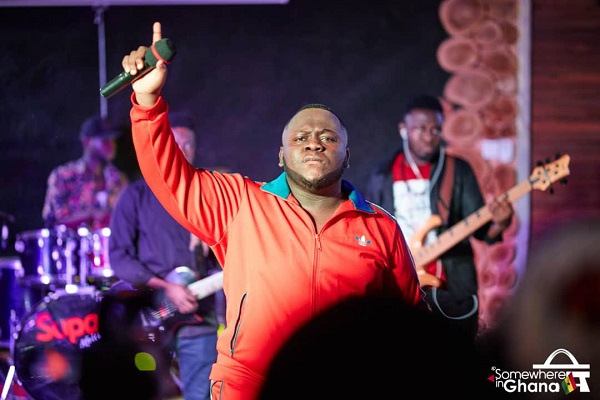 The rapper who shot to fame after being featured on Sarkodie’s 'Biibi Ba' track got his major breakthrough when he met Rick Ross at the airport to freestyle to him in December 2019 during the Year of Return celebrations.

CJ Biggerman, who was endorsed by the heavyweight American rapper and even performed with him at the Detty Rave Concert, early this year, painted a perfect picture of his future in the music industry.

The EP which portrays an anthology of songs that reflect the brand and artistry of CJ Biggerman, has new tracks and collaborations with the likes of Kojo Cue, Wanlov Da Kubolor among others.

CJ, after releasing the EP in January 2020 dominated the headlines but remained unusually tight-lipped about the guest appearances, and overall vibe of the concert because of the COVID-19 clash and its effects on entertainment activities.

The 6-track, 19 minutes Extended Playlist which is available on all music streaming platforms finally had its launch party Thursday, October 29, 2020, at the Oliver Twist Shack, Dansoman-Accra.

The Live-Inn/Pre-recorded virtual concert had massive crowds who chilled and felt the vibes with good music.

Performing with the Pepper Dem band for close to 3hrs non-stop, CJ Biggerman entertained patrons with live band performances of all songs on the 'Bigger Picture EP' as well some of his old hit songs not featured on the project.