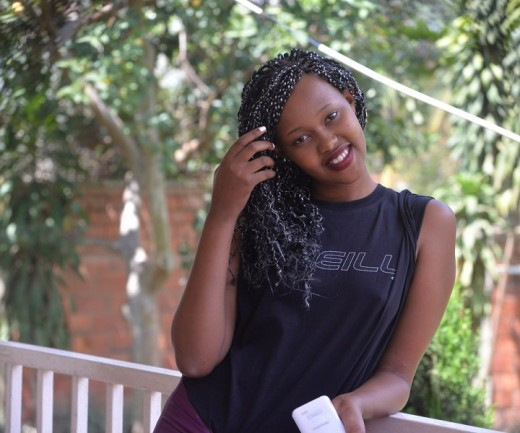 Never underestimate the power of passion and a strong-willed heart. They are the drivers of any successful venture that you could lay your hands on and Rwanda’s upcoming Afro beat and RnB artiste Gihozo Pacifique knows this all too well.

At just 22, she is not shying away from the challenges in her journey to become a voice to reckon with in the music industry.

In the last three years, she had made progress in the industry releasing new generation music that has been received well so far.

In October, she released ‘Mfite Isoni’ featuring Fireman and the track is scintillating to say the least.

Gihozo has a killer voice that blends well with her slow, traditional-styled beats which has a powerful instrumental effect on ‘Mfite Isoni’.

The song is cool but exudes lots of charisma. In fact, even if you don’t understand Kinyarwanda, you get hooked to the song due to the powerful beats alone.

Fireman comes in with his rap style and gives it a powerful feeling.

‘Mfite Isoni’ is just of the many popular songs that Gihozo has done in her three years of music.