Harmonize Explains Why he used Diamond Look-alike in 'Ushamba' Video 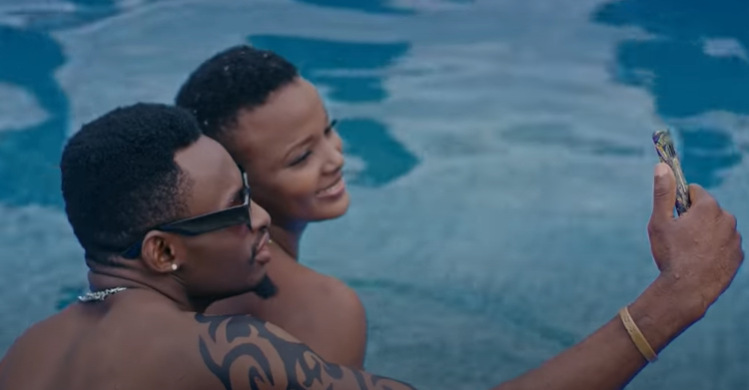 After causing speculation with his latest 'Ushamba' music video, Harmonize has come out to clarify why he featured a Diamond Platnumz look-alike.

In the video, Harmonize used the model to depict Diamond as a womanizer. The move led to speculations that Harmonize was dissing Diamond.

However, the singer has come out to clarify that incorporation of the model commonly known as Pacha Mondi, was for entertainment purposes.

The singer stressed that there are no bad feelings in depicting Diamond in that manner.

"Shout out to Pacha Mondi for coming through. We made history. I just love the guy...no hard feelings. It is just entertainment. I was just born to it. We are not here to piss some body... don't hate just appreciate. No hard feelings. This is our culture," said Harmonize.

However, the model has claimed that he was duped by Harmonize into taking part in the project.

According to the model, he did not like the way he was used by Harmonize to depict Diamond.

Since parting ways with WCB, there have been speculations that there exists bad blood between Harmonize and Diamond.

Some music critics view Harmonize as a trouble maker who is creating a rift with Diamond to gain popularity.