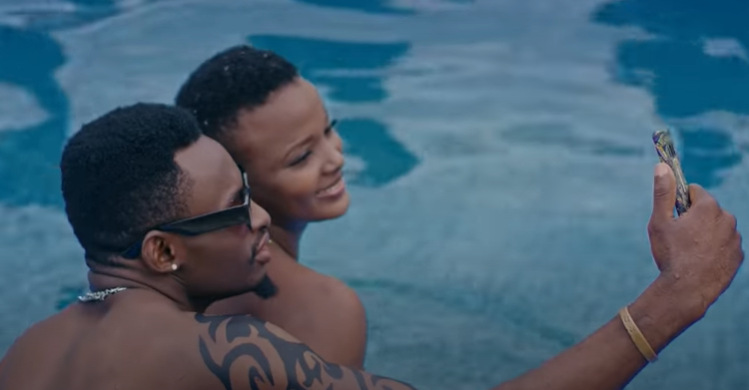 In the video, one of the models resembles Diamond Platnumz and plays the role of a womanizer, in what fans have interpreted as an attack on the Wasafi boss.

The video elicited massive reactions with a section of fans hitting out at Harmonize for attacking Diamond despite having worked together before.

Following the massive reactions, the model who resembles Diamond claimed that he was duped to take part in the ‘Ushamba’ video by Harmonize.

Speaking during a recent interview, the man identified as Ismail Sabiti alleged that he was approached by one of Harmonize’s representatives who showed interest in working with him.

He noted after having a brief chat with Harmonize, the Konde Worldwide boss assured him that he plans to dispel rumors of having a beef with Diamond. However, the final product proved otherwise.

Harmonize Accused of Stealing Idea behind His New 'Ushamba' Single

He learned about his role in the video after it was uploaded on YouTube. In the video, Harmonize depicts Diamond as a womanizer with no morals.