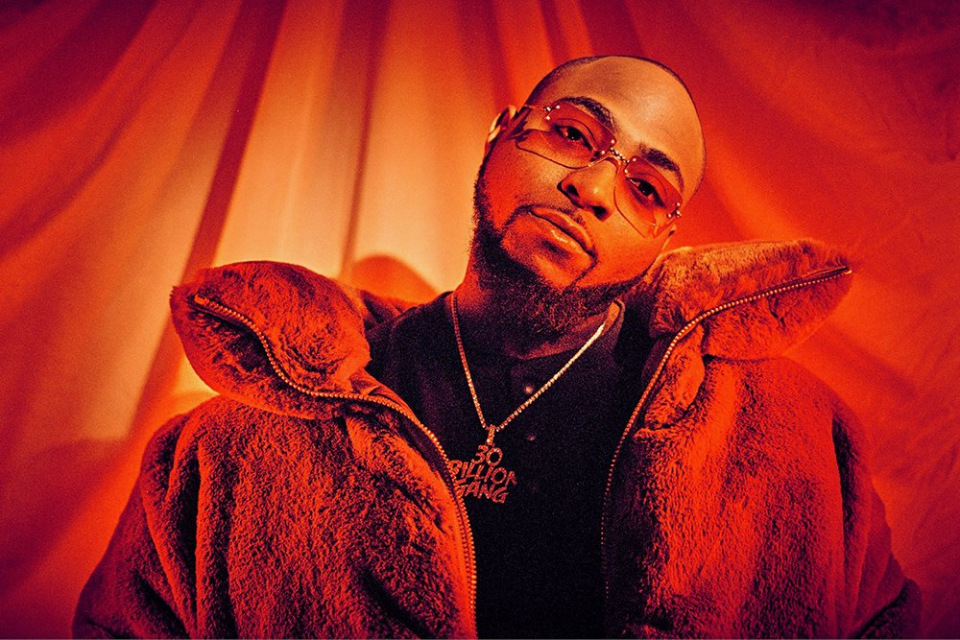 Nigerian afropop superstar Davido will this Friday, November 13, be officially releasing his fourth studio album he has titled 'A Better Time' also reffered to as ABT.

And as his fans count down to the big day, the multiple award-winning singer, songwriter and record producer has now shared the full tracklist of the highly anticipated album.

Davido took to his social media pages to share the track list that also revealed all the featured artists.

For a while we have known that the album will see Davido team up with a number of popular artists like Nick Minaj, Mugeez, Tiwa Savage, Mayorkun and Bella Shmurda but there's more than that.

According to the tracklist, the 'A Better Time' album will house 17 tracks with Chris Brown, Young Thug, Sauti Sol, South Africa's Sho Madjozi, Ckay and Naz some of the other featured singers.

The album also contains previously released singles 'FEM' as well as the most recent release 'So Crazy' that Davido featured Lil Baby. 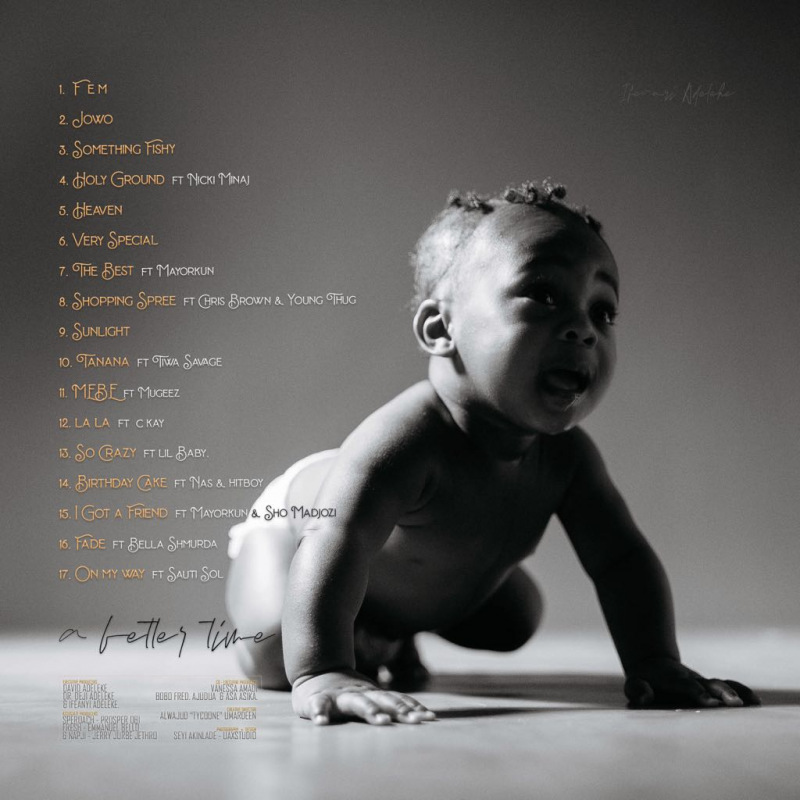 While sharing the album tracklist, Davido said the 'A Better Time' (ABT) album is one of the few things he found hope in despite 'crazy times' occasioned by the Coronavirus pandemic and the #EndSARS protests

'This year we’ve been through crazy times. And through it all, we’ve all had to look inwards to find hopes of better times ahead. I found a few. In human and creative form. I’m so glad I can finally share them with you. I present ‘A Better Time’ out 13/11/20 00:00 !" Davido tweeted. 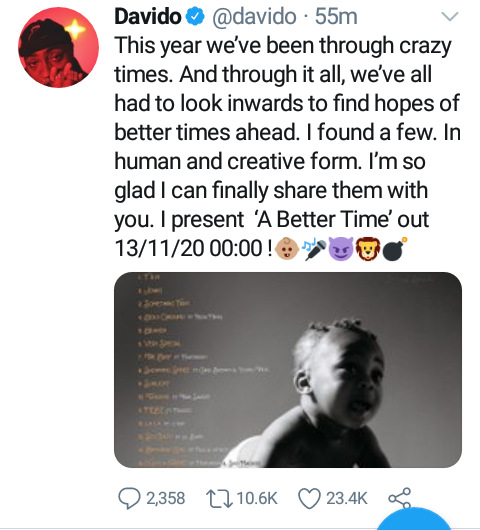