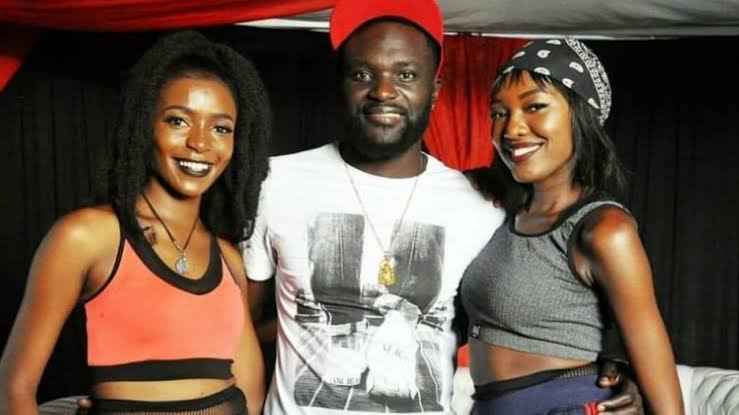 ‘iNANiAFFECT’ is a feel good song, with upbeat instrumentals that will leave you dancing.

In a description message on YouTube, Naiboi gave a shout out to actress Cartoon who is responsible for the nationwide popularity of the term ‘inaniaffect’.

‘iNANiAFFECT’ was produced by Bassman and mastered by Naiboi. On the other hand, the visuals were directed and edited by Music Director and Film Editor Kevin Wang'ombe.

Announcing the premiere on his Instagram page, Naiboi noted that he was proud of Band Beca which is under his label.

"Proud of you @thebandbeca let's Affect them kidogo pale YouTube," he captioned.

Band Beca on the other hand announced the premiere on their official Instagram page and gave a shout out to their producer, editor and comedian Cartoon.

‘iNANiAFFECT’ which was released less than 24hours ago is currently doing well and already has over 8,000 views on YouTube.

The phrase ‘Inaniaffect’ became popular thanks to Cartoon actress who has been doing online skits revolving around the phrase.