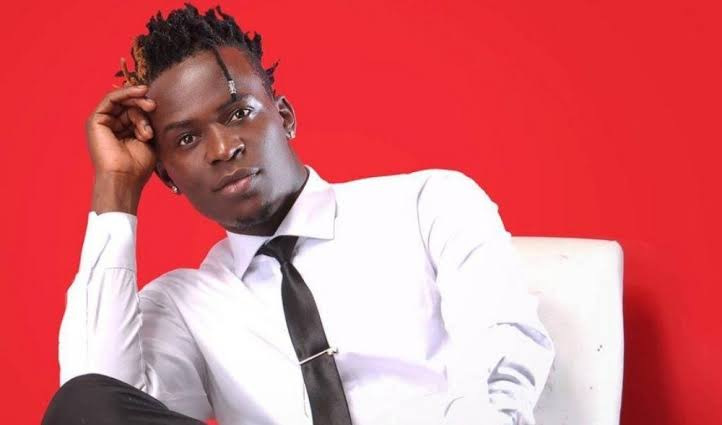 Trouble between the two started when ILogos allegedly petitioned YouTube to delete the song claiming that Pozee owes him production fee.

“Willy Paul begged me to produce 3 tracks for him at Sh25, 000 each. Magnetic, Digiri and Collabo, but he has never paid for the tracks plus the production of his projects. He owes me Sh180, 000. I reached out three times and he said I could do whatever I want,” said iLogos.

Reacting to iLogos’ post, Willy Paul dismissed claims that he owes him cash, noting that iLogos pulled down his song because he stopped recording with him.

"Dear Lord, forgive me for what I’m about to do to someone. Am about to f*** up their life. You cannot come to my country and act like you own sh... First, you’ll have to explain to the government how you got your papers, work permit, residential documents and also explain to KRA why you’ve been making millions and not paying the taxes. Your career ended the day you messed with me. You pulled down my song (COLLABO) and lied to people that I owe you money simply because I told you that I was no longer interested in your tracks,” he posted on Instagram. 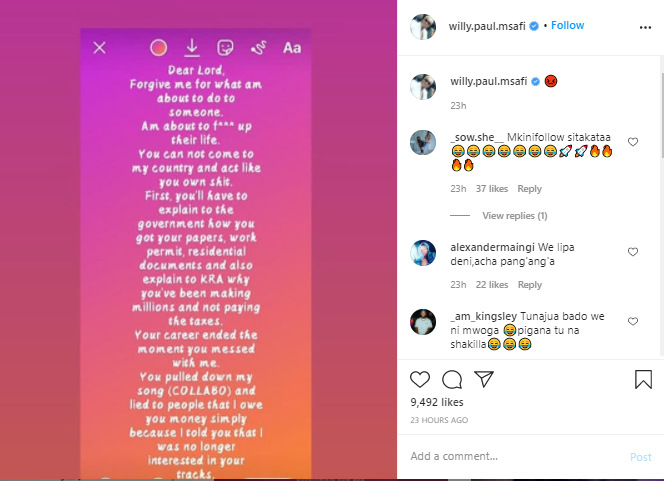 Willy Paul proceeded to post a police OB Ref No 59 dated 02/11/2020 indicating that he had reported a complaint under threats/malicious attempts. Under the OB, Willy Paul shared a message with the public giving context of the ongoing fight.

"Let us do it the right way!! Sitafanya vitu nakifua but this has to stop, so this guy put a STRIKE on my new song #COLLABO claiming that kuna deni ya 180k.. it costs nothing to be nice to people. The truth is this guy got upset/mad/angry.. very just because we added @teddybproducer to the track. Teddy B added some ideas, mixed and mastered the track.. jamaa akadai hataki kushare after song imekua released. Asked me to take it down and I said no. Hio ndio time he took it down. @Youtube should at-least have a way of investigating such claims before they take action...so we told the guy to keep his track and that we would make our own track fresh from scratch.. na bado hataki.. he says he owns the right to my vocals ... vocals that I recorded myself!!! Ata kama ni wewe unaweza vumilia mtu aki chezea kazi yako? Let the law handle this #COLLABO is my song, my idea and so lazima itoke.." he captioned. 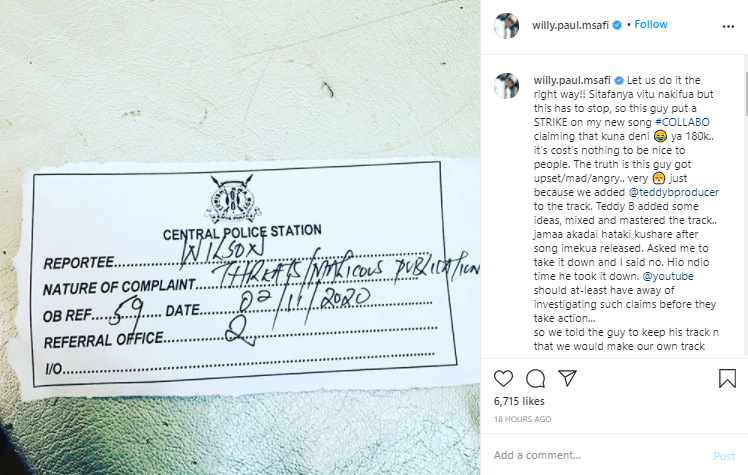 Responding to Willy Paul’s Instagram post, iLogos said: "Small boy just pay utajiletea shida bure. You're not on my level. It will take you more than 10 years to have the knowledge and experience I have in music. You can't just tag someone on my property na hata hujailipia. Grow up. My legal team will deal with you. Utajishangaa!"

Producer Ilogos continued posting more messages on his Instagram stories asking for triple the money they had agreed before, failure to which Willy Paul would suffer the consequences.