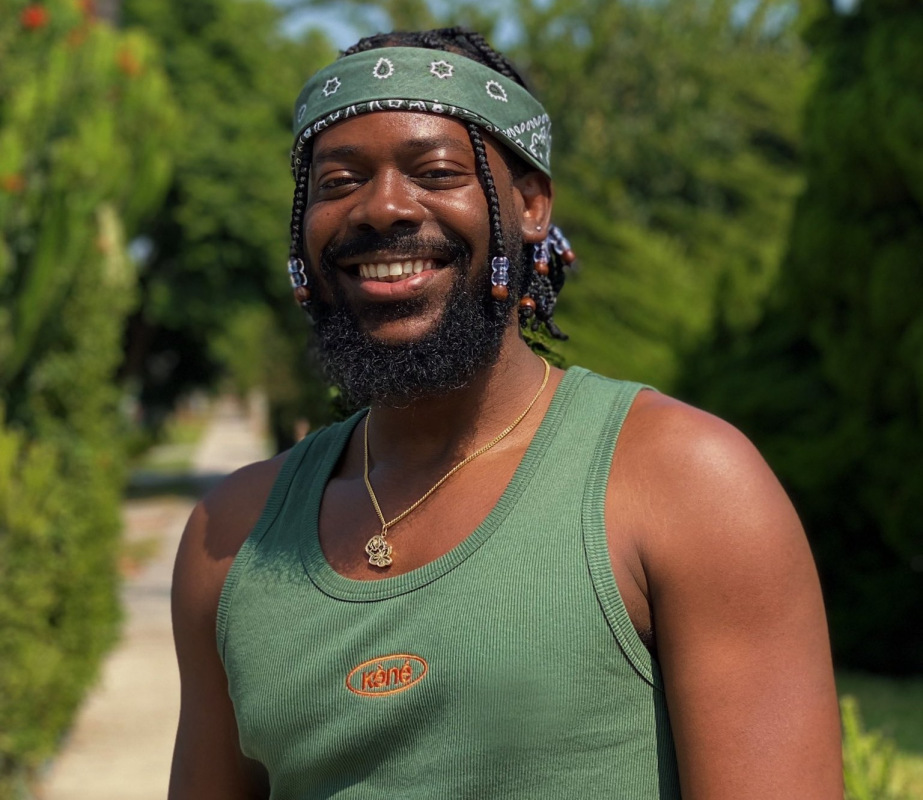 The hit single 'Something Different' off the August-released 'Afropop Volume 1' album takes the first position on the chart that was held by Patoranking's 'Abule' last week. 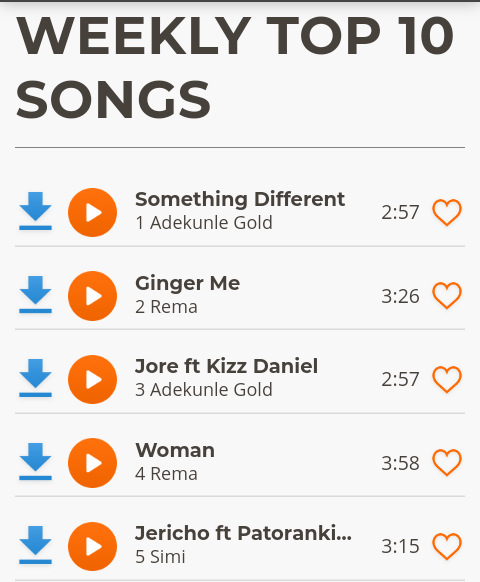 Interestingly, 'Abule' has now dropped out of the Weekly Top 10 songs.

Simi maintains two songs on the chart for the third consecutive week with 'Jericho' in which she features Patoranking taking the #5 position while 'Smile For Me' takes the #6 spot.

At the bottom three of the Mdundo Nigeria Weekly Top 10 Songs is Joeboy's 'Don't Call Me Back' featuring Mayorkun which is at #8 as '1 Milli' by Davido off his 'A Good Time' album takes the #9 spot.

Omah Lay makes an entry to the chart this week as his hit single 'Bad Influence' off the successful 'Get Layd' EP ranks at #10. 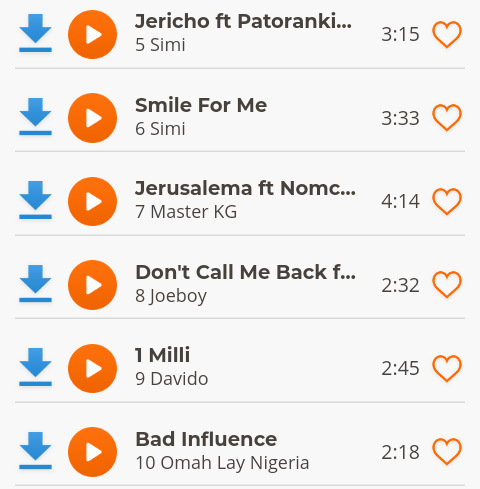