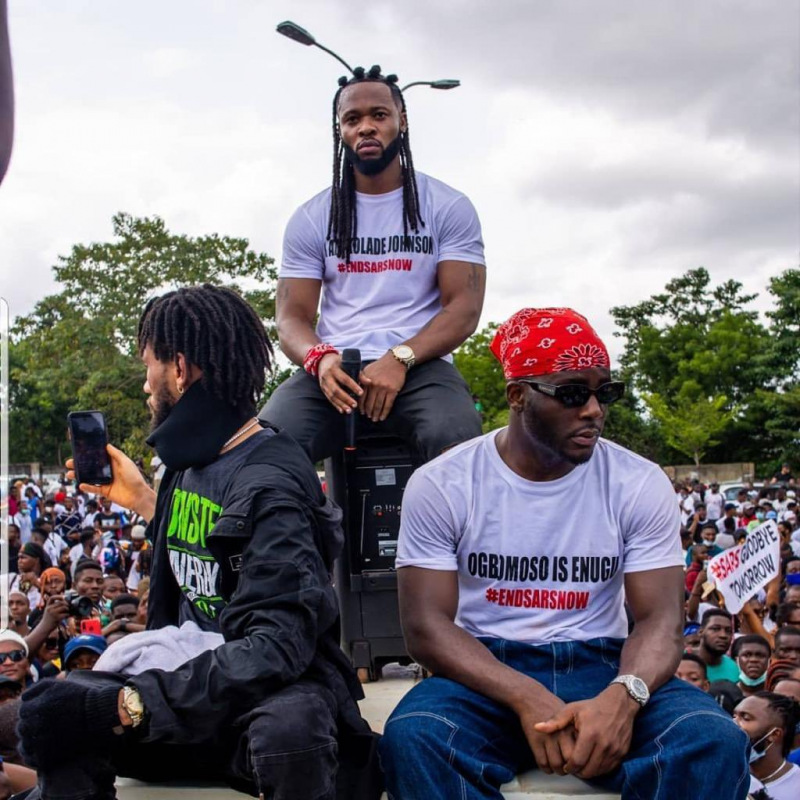 Nigerian singer, songwriter and multi-instrumentalist Flavour N'abania has released a new video dubbed #NewNigeria that captures his involvement in the recent nationwide protests that were pushing for police reforms.

The 8-minute video posted on YouTube highlights key moments in which Flavour alongside fellow musicians Phyno, Zoro, Masterkraft and K-Cee were leading protests through Enugu and Anambra in solidarity with their fellow Nigerians and the #EndSars movement.

The protests were staged across major towns in Nigeria and throughout the diaspora for at least two weeks in October.

It was a youth-led movement to that first started on social media, as they protested against police brutality and violence against Nigerian citizens for nearly.

As a result of the protests that saw many top artists join, many lives were lost and hundreds of Nigeria’s youth were injured and hospitalized - the major one being the Lekki shooting in which the military is said to have opened live bullets at the peaceful protestors.

Flavour shared the video almost a week since the Lekki incident that attracted widespread condemnation.

Other Nigerian artists who have directly been involved in the #EndSARS protests include Falz, Davido, Oxlade, Rudeboy, Mr P, Naira Marley, DJ Cuppy - to mention just a few.

Officially know Chinedu Okoli, Flavour began his musical career as a drummer for a local church.

He is popularly known across Africa and the world for his hit song 'Nwa Baby'.