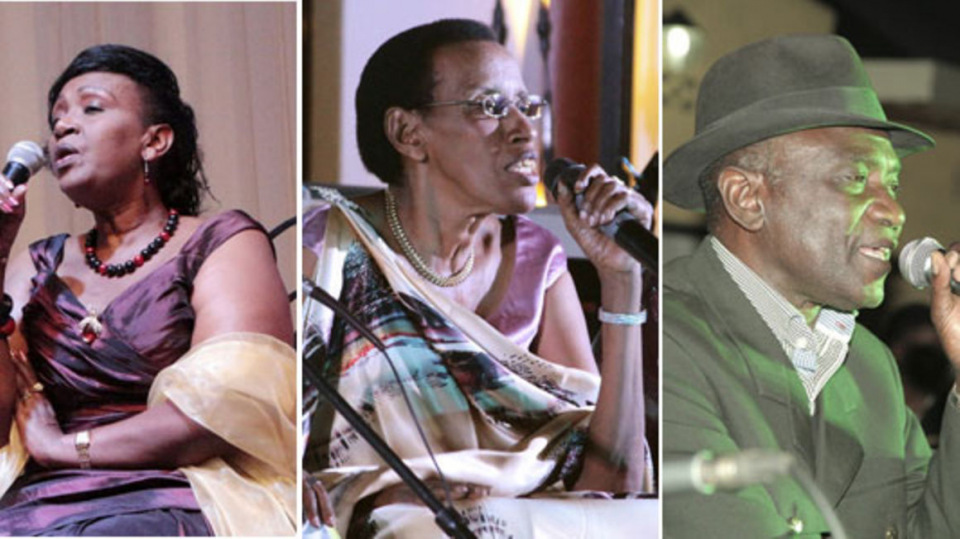 Rwanda’s music industry has been growing consistently over the years thanks to a number of veteran musicians.

Pioneer musicians deserve the glory of creating a platform where many young contemporary artistes are thriving. Here are three pioneer musicians from Rwanda who were there since 1970 to late 1990s:

She is a musical icon who was the talk of Uganda and Rwanda back in the 80s and 90s. Her music was soothing and full of love. She did it the traditional way and was able to capture a huge fan base through this. Now 69, she feels great in big hits like Inzozi, Rukundo, Amahoro, Iwacu, Impundu, Ngarara and Indamukanyo. Inkindi was her biggest hit in her entire music career. When she decided to hang her boots, she released Imyaka 20 Ishize album with seven dope jams from the 90s.

For Makanyanga, it is stunning to see how the music industry has evolved. When he started off back in 1970, there was no established music industry. This is when he released classic hits such as Gikundiro, Garuka Suzana, Nagera Muri Bar and Rubanda. He has a few collabos under his belt with young artistes, an indication that his old age doesn’t stop him from his life-long passion. He is also a great guitarist.

The 71-year-old was the talk-about artiste in Rwanda back in the 90’s when she released several solo hits. After the 1994 Rwanda genocide, she released Intsinzi, a song that became a sort of victory anthem. Intsinzi is still her biggest song two decades later.