Wizkids Hits On Reekado: Album Release To Depend On Direction By #EndSARS 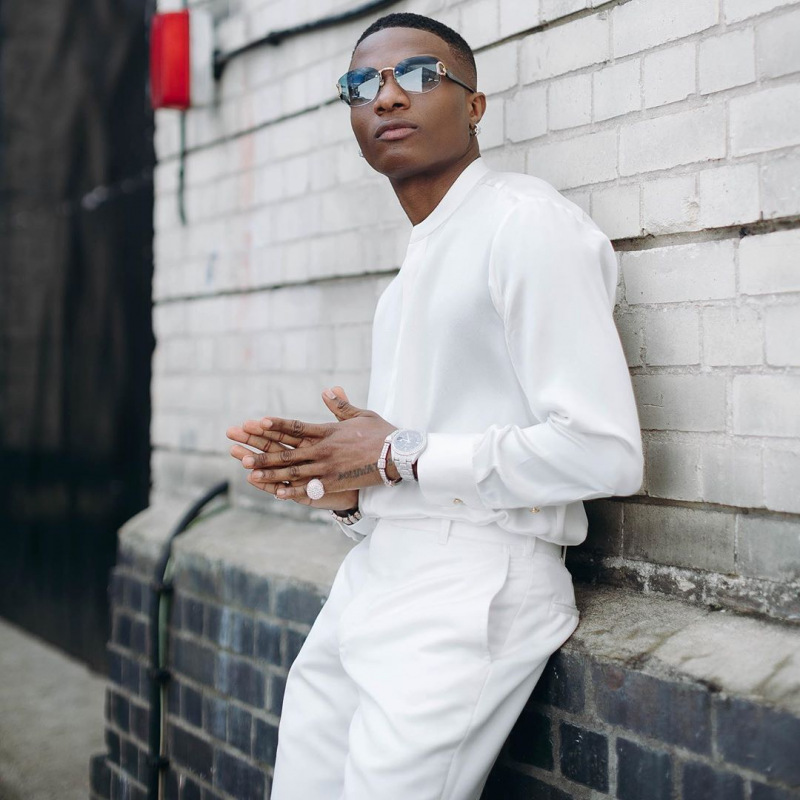 The current Nigerian #EndSARS movement has put things on hold for music star Wizkid who has had to postpone dropping his album “MADE IN LAGOS” which was expected to drop on October 15, 2020.

However, now with the #EndSARS movement, the superstar hinted on October 13, 2020, the launch which was set for October 15, 2020 has now been postponed. 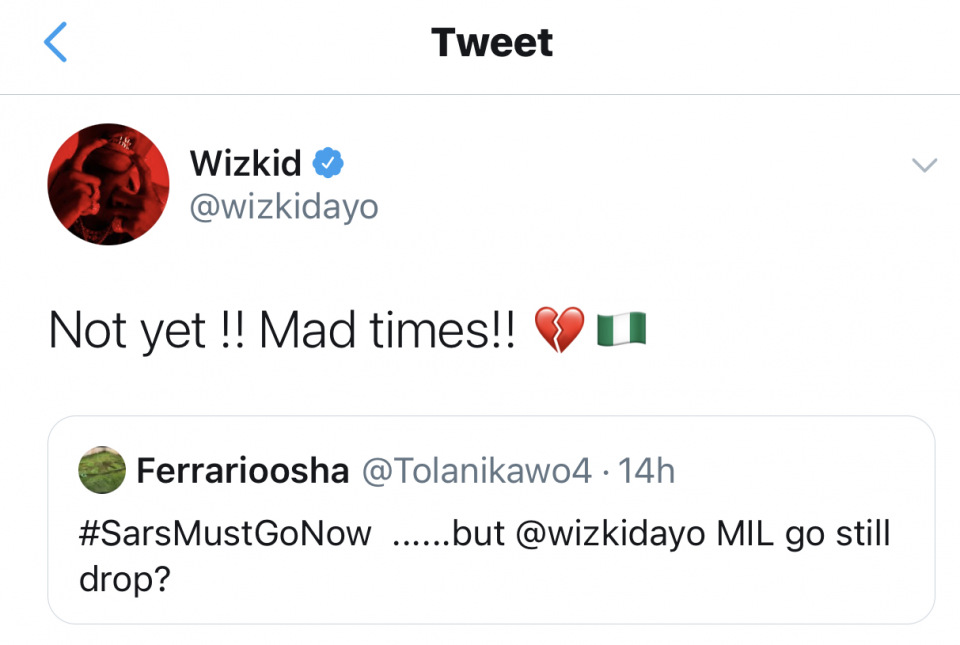 The “Mad times” Wizkid seems to be referring to is the #EndSARS protests that have engulfed the populous country with fellow Nigerian singer Davido taking part.

Reekado Banks who recently released 'Need More' featuring Kida Kudz had announced a new single titled 'Omo Ologo' featuring Wizkid himself. He wrote on his Twitter that, "Out of control, gbedu must drop. This one with my brother @wizkidayo "OMO OLOMO" midnight dropping Fire Still on the matter !!! #EndSWAT #EndSARS #EndPoliceBrutality."

Wizkid, replied back hitting hard on Bankd, "Delete this dude ! Can’t believe you’re even doing this at a time like this. Old song ! #endsars fool!"

Wizkid then went ahead to write, "@ReekadoBanks clout animal #EndSARS..."