A joint effort between Nigerian Highlife singer Adekunle Gold and Kizz Daniel dubbed ‘Jore’ is the number one song on this week’s Mdundo Weekly Top 10 Songs in Nigeria.

‘Jore’ is one of the two Adekunle Gold’s singles that made it to the top 10 songs this week with another hit single ‘Something Different’ off the recently released Afro Pop Vol 1 album ranking at number 7.

Rema’s 2020 hit single ‘Woman’ took the second position with his other hit for the year ‘Ginger Me’ taking the number 5 spot.

Simi also had two songs among the Mdundo Weekly Top 10 Songs in Nigeria this week with ‘Jericho’ featuring Patoranking placing at number four while ‘Smile For Me’ was at number 6. 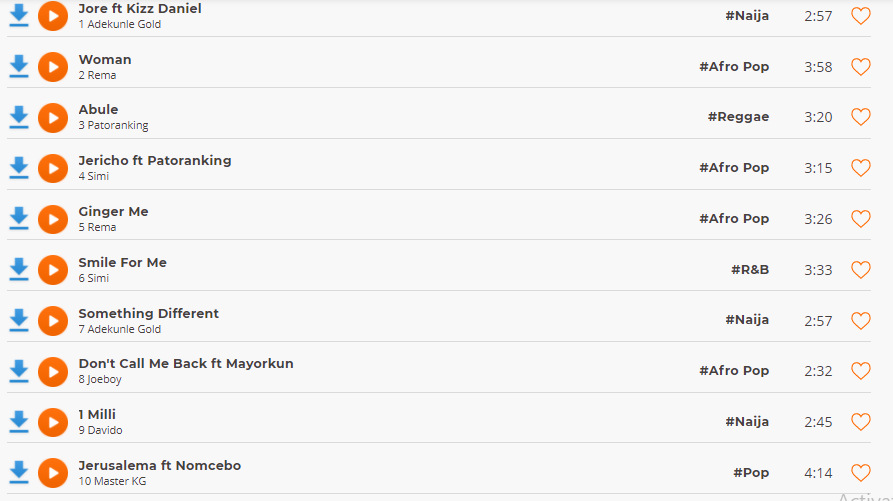