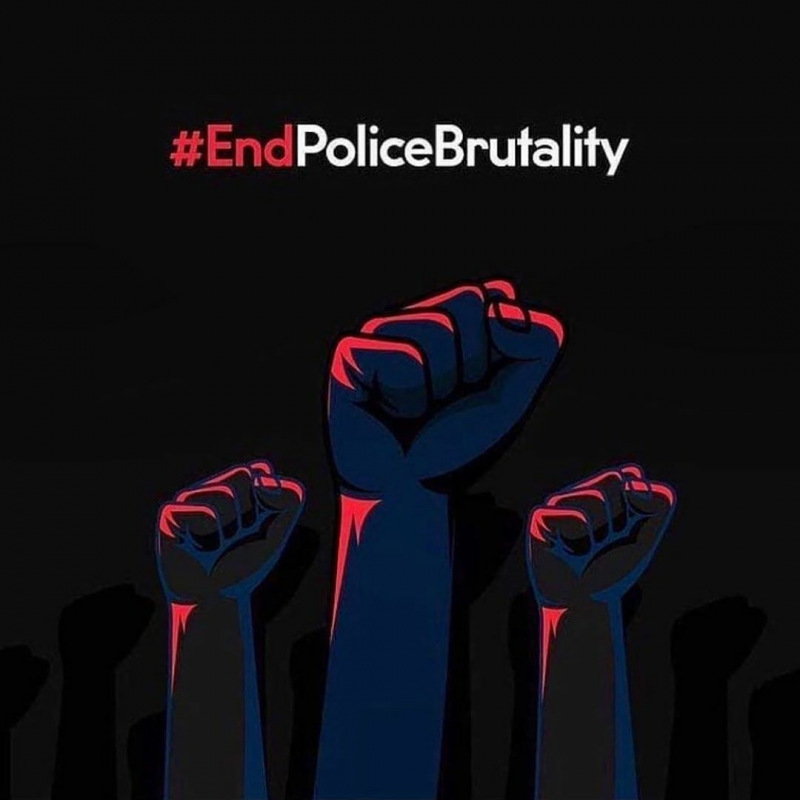 What started as a mere social media hashtag to speak out against police brutality and harassment in Nigeria is quickly growing into a movement destined push for major changes in the police department.

Originally, the campaign under the #ENDSars sought to stop harassment that the special unit was subjecting locals to.

It swiftly moved from the hashtag to protests in the streets of major towns in Nigeria, the idea that was first suggested by singer Naira Marley, famously known as the president of his controversial fan-base 'Marlians'. 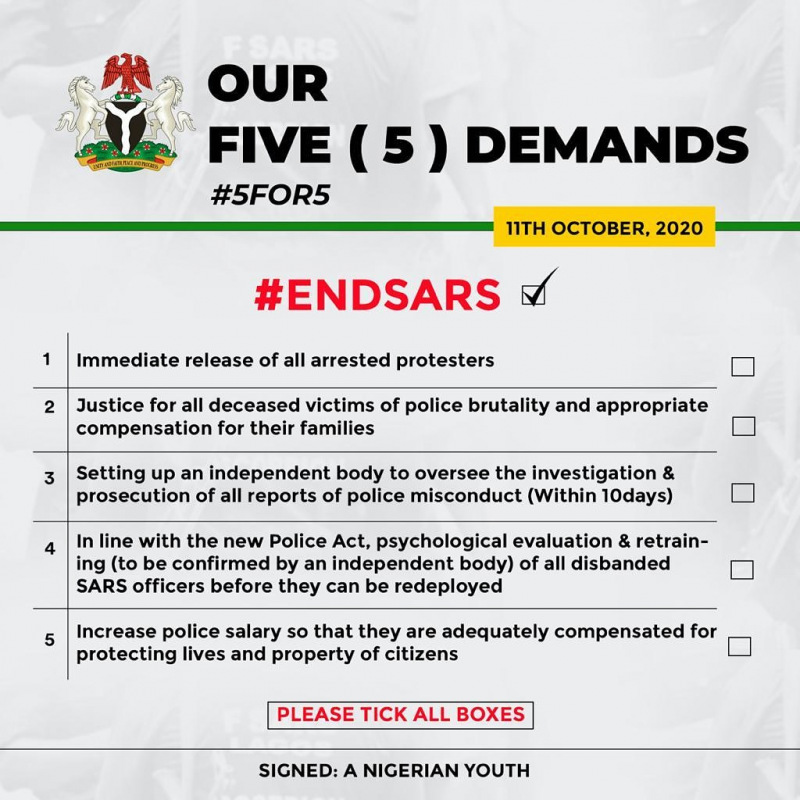 By the time Naira Marley said he would lead protests, several other Nigerian musicians had already joined social media users in demanding for the disbandment of SARS - a demand that the government gave in to.

With the protests being staged across the country, including Lagos and Abuja, a host of musicians have physically been present, while others have continued to express their support through their social media pages.

Naira Marley and Davido have managed to hold meetings with several key state officials over their protests' demands among them the Inspector General of Police.

"Minor victories and they’re all coming together. Little by little. From social media, to the streets to the office of the Inspector General of Police to the office of the Speaker of the House of reps. Each and every single one of our our voices is being heard! 5 for 5 granted," Davido tweeted.

And even as the musicians use their influence to push for an end to police brutality and reforms in the Nigerian Police Force through protests and social media, some like Rudeboy have released songs to speak about against the issues. 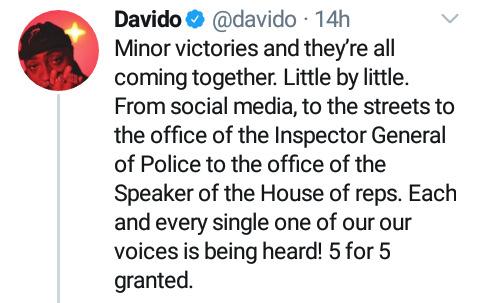 Rudeboy released a song titled 'Oga' that addressed the current situation in Nigeria.

On the other hand, another popular Nigerian singer Burna Boy has financed setting up of billboards across Nigeria in support of the initiative to end police brutality. 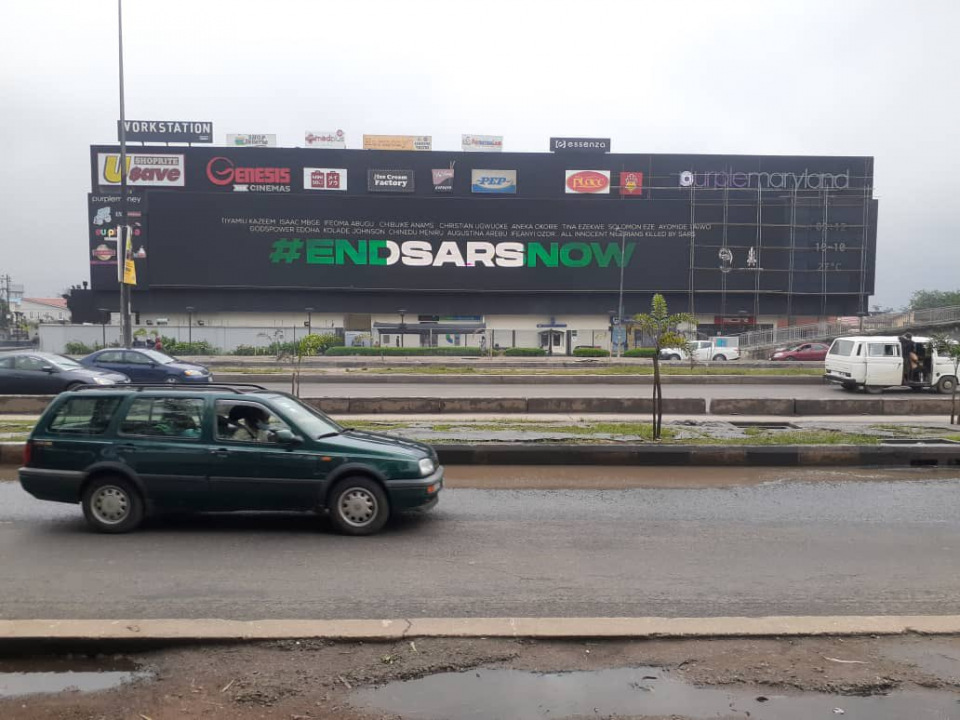 The musicians have vowed to go on in supporting the protests until all their demands are met.