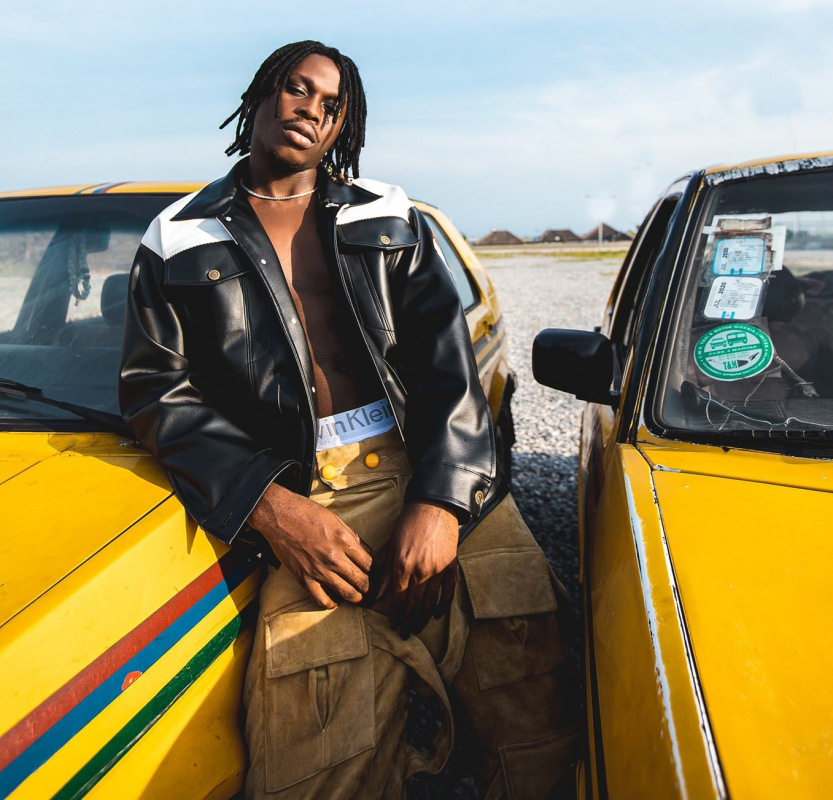 Nigerian singer and songwriter Fireboy DML's debut studio album Laughter, Tears and Goosebumps commonly styled as LGT is up for consideration in the 63 Grammy Awards.

The album that was released in 2019 will be going into the first voting stage to determine whether it will be nominated under the World Best Album category.

At this stage, Grammy Academy members are the only ones eligible to vote for the project to go to next level - nomination. 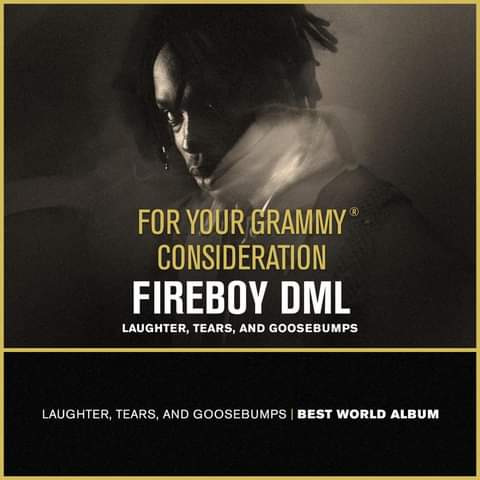 News of the LTG being considered for a Grammy nomination was shared by Fireboy DML in a post on his official Facebook page.

This Voting stage is mainly for Grammy voting members only. If you are one or know anyone who is a member, kindly pitch #LTG for this category," Fireboy DML posted. 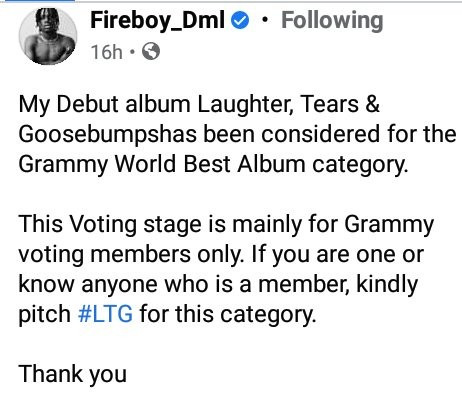 The 13-track album was released by YBNL Nation on November 29, 2019 and it doesn't feature any guest artist.

It was primarily produced by Pheelz, along with production from Cracker Mallo, Echo the Guru, IamBeatz and P.Prime.

LTG was supported by the previously released singles 'Jealous', 'What If I Say' and 'King.

'Jealous' single of the album was nominated for Song of the Year at the 2020 Soundcity MVP Awards Festival.

Fireboy DML has already released a second album 'Apollo' which is performing well.