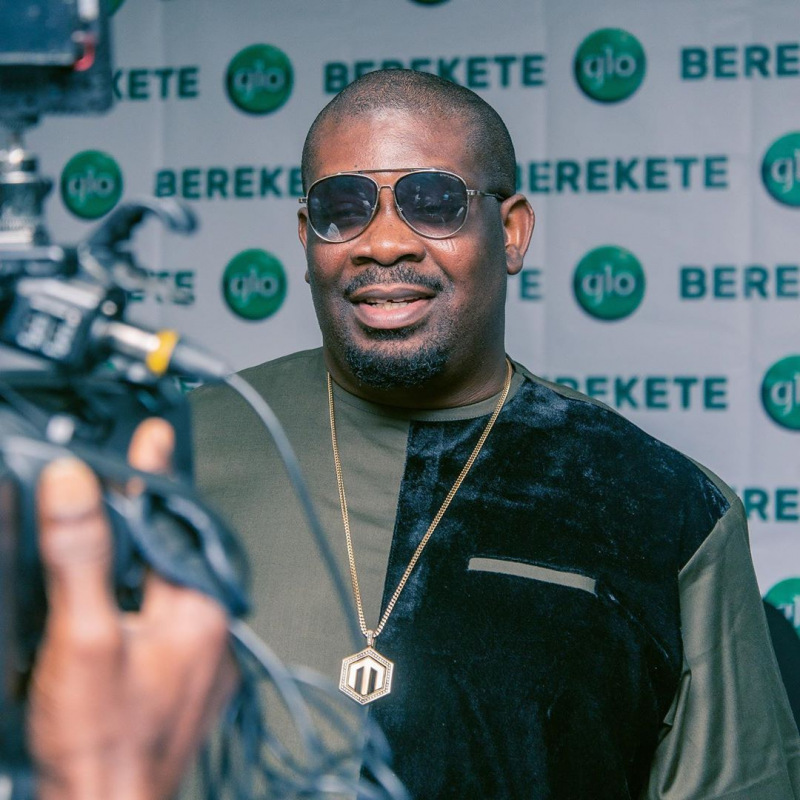 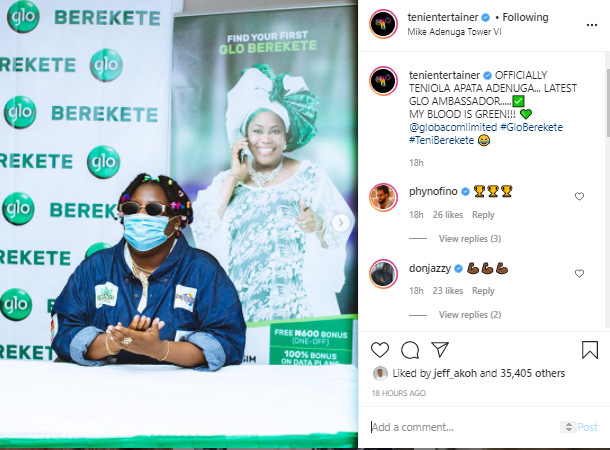 On his end, Don Jazzy Wrote, "Another One. The Endorsements don #Berekete. To GOD be the glory. Say hello to the new Globacom Ambassador. #Glo #Globerekete. #Mavin"
They join fellow Nigerian artist Simi and footballer Odion Ighalo, who recently secured endorsement deals with the company to promote Globacom’s new Berekete data and voice marketing campaign.
Globacom, also known as Glo, was established in 2003 by Nigerian billionaire Mike Adenuga. As of 2018, it was home to some 45 million subscribers, making it the second-largest mobile network operator in the West African country. It runs operations in Benin, Ghana and Ivory Coast.

Active since 2016, Teni is behind successful singles such as ‘Askamaya’, ‘Case’ and ‘Uyo Meyo’. 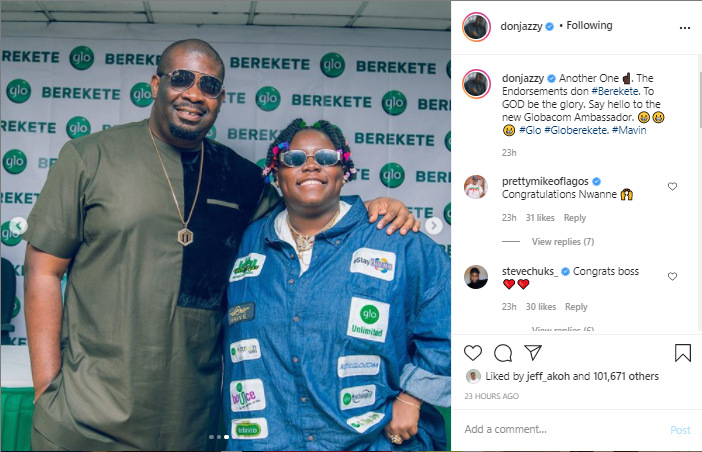 Don Jazzy, an industry vet, is credited with contributing to the careers of multiple top Nigerian acts including D’banj, Wande Coal, Tiwa Savage and Rema. In June, his label Mavin Records secured a partnership with Seattle-based music licensing startup SyncFloor.