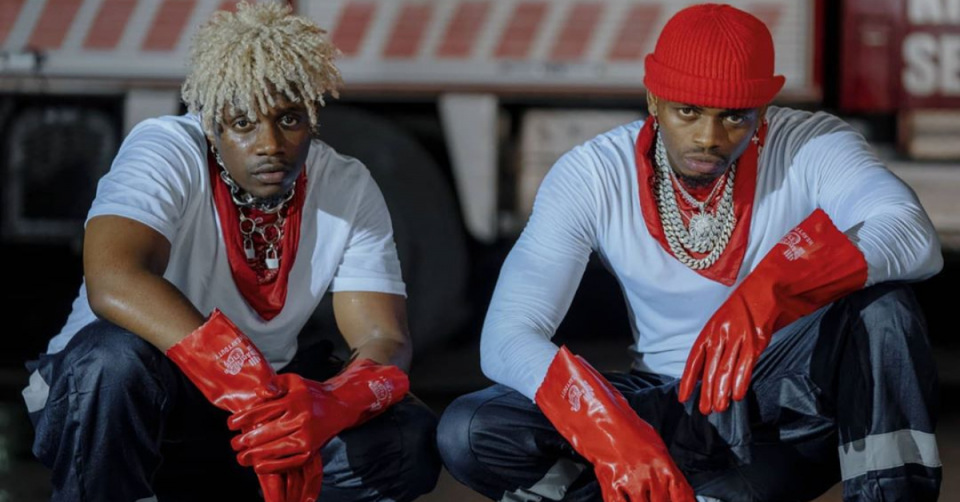 Wasafi music stars Diamond Platnumz and Rayvanny on Wednesday became talk of the town after bringing Mbeya town to a standstill while campaigning for President John Magufuli’s re-election.

When their convoy arrived in Mbeya, thousands of residents followed them all through the town chanting praise songs for the duo.

Being Rayvanny’s hometown, he took the stage first and performed some of his massive tunes while requesting the residents to vote for the incumbent.

He got the chance to dance with the President and gifted him a bunch of bananas stating that it was a welcome gift to his Mbeya hometown.

On his part, President Magufuli honoured Rayvanny with the presidential campaign hat.

After his performance, Diamond took the stage and thrilled fans with his top songs including ‘Baba Lao’.

He appreciated President Magufuli for supporting the youth, adding that it is under the incumbent’s reign that he was able to establish his Wasafi business empire and help nurture other young artistes like Harmonize, Rayvanny, Mbosso, Zuchu and Lava lava.

Tanzanians are expected to go to the polls later this month. The entire Wasafi team and other top Tanzanian artistes have been traversing the country campaigning for President Magufuli’s re-election.