Toni Braxton Up For a Verzuz Battle With Either Mariah Carey or Mary J. Blige 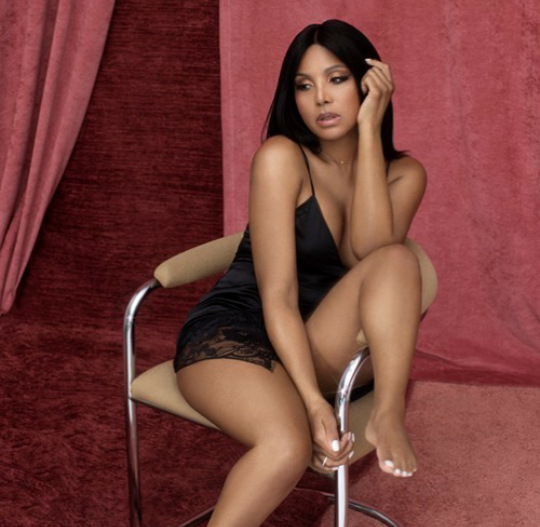 Toni Braxton is in the middle of promoting her 10th studio album ‘Spell My Name’ and while at it, she had an interview for Interview Magazine with Missy Elliot, who is also featured in the album. While doing the interview, Missy and Toni vibed about the Verzuz shows that have been happening.

The Verzuz shows, in the paraphrased words of Toni, have been important to acknowledge the contribution of different artists, in different songs and in different capacities. Toni has been a consistent name in question of who people want to see featured in one of the shows so inevitably, Missy asked her who she would want to battle it out with.

Toni Braxton confessed that she has not given it much thought but mentioned two high-profile names; Mariah Carey or Mary J. Blige.

All three; Toni, Mariah and Mary; have been in the RnB scene since the 90’s and heavily contributed to what we now enjoy as RnB. They all dominated the RnB charts in the 90’s and in fact in Toni’s words; it would be a good match as ladies of the 90’s.

In the meantime, get Toni Braxton’s new album, ‘Spell My Name’ on your preferred streaming site and catch a vibe.