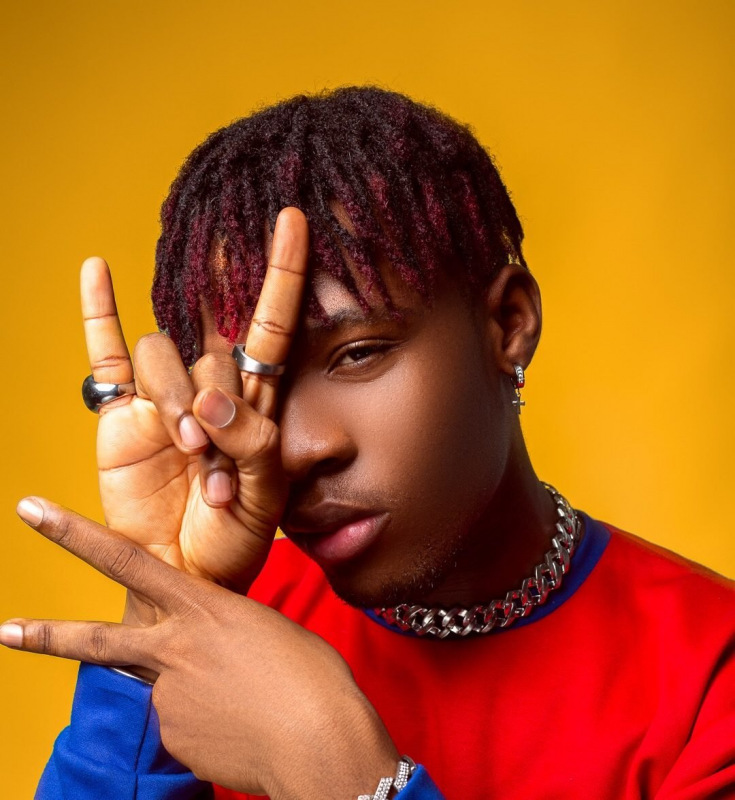 Nigerian singer Joeboy has announced that he will soon be dropping a new song.

The emPawa Africa star has already served his fans with several hit singles this year and will in a few days be adding another song to his discography.

In a post on his official Twitter handle, Joeboy tweeted that the new song will be dropping on October 9.

He, however, did not provide more details about the new song, giving room for his fans to speculate. 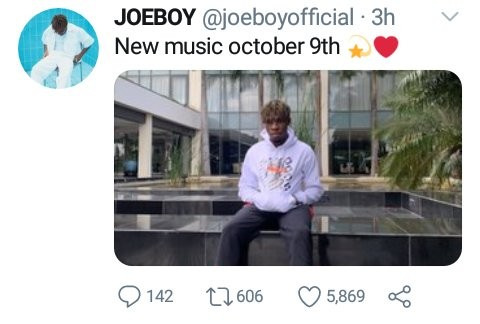 The upcoming new single will be Joeboy's second for the year after the impressive 'Call' whose visualizer has over 3.4 million views.

'Call' which introduced a darker and more urgent edge to Joeboy's sound was supposed to be a lead single for the singer's upcoming debut album whose details remain scanty.

Apart for the single, Joeboy has also done several top collaborations among them 'Nobody' with his emPawa Africa colleagues Mr Eazi and DJ Neptune as well as 'Yoruba Samurai' in which he teamed up with LadiPoe.

Officially known as Joseph Akinwale Akinfenwa, Joeboy was discovered by Mr.Eazi in 2017.

His genre of music is that of Afro pop and Rhythm and Blues (R&B).

Within just three years in the music industry, Joeboy is already a darling to many music lovers.

He has already won serval awards Amon the Best Artiste in African Pop at the 2019 All Africa Music Awards, and Best Pop at the 2020 Soundcity MVP Awards Festival.

Joeboy has also been nominated for multiple City People Entertainment Awards and The Headies.