Nothing Happened Between Us – Shatta Wale On Rumours with Efia Odo 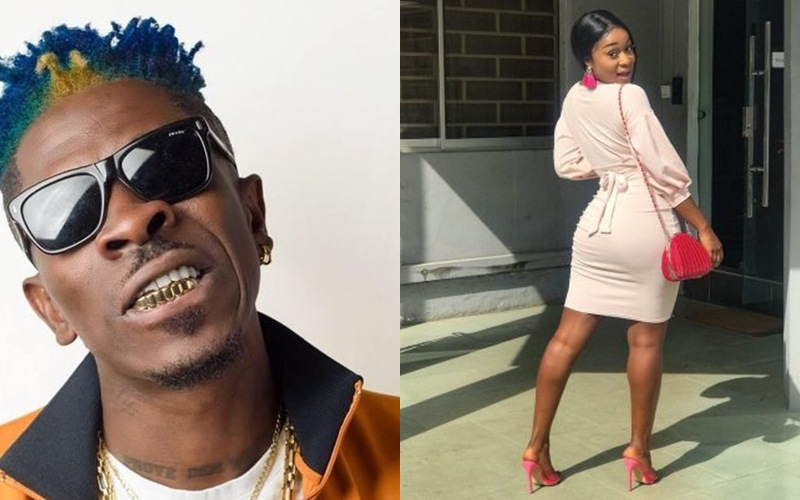 Top rated Ghanaian dancehall /reggae artiste, Shatta Wale aslo known privately as Charles Nii Armah Mensah, has opened up on what happened between Efia Odo and himself when they shot a video of his ‘Bad Man’ single together.

After the release of the video, a section of Ghanaian music fans insinuated that the pair did something intimate-looking at their connection and chemistry in the video. It is as if the video seemed too real for their fans to believe it was just a work of art.

This assertion came after Shatta and Efia were rumoured to be an item. This rumours have existed since the tw became very close somewhere two years ago.

But in a post sighted by Zionfelix.net, the SM Boss categorically stated that nothing happened between them.

“I’ve noticed most of you think me and my bestie did the tin but nothing happened ooo,” Shatta Wale wrote on Twitter while accompanying his post with face with tears of joy emoji," Shatta Wale tweeted.

Shatta Wale was recently in the news after it came in the news that he had been paid two million Ghana Cedis to endorse Made in Ghana products.