Niniola Unveils Tracklist For Her Upcoming Album 'Colors And Sounds' 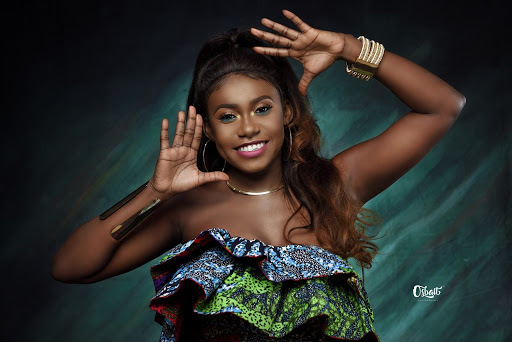 Nigerian singer and songwriter Niniola Apata known professionally as Niniola will this Friday, October 2, be dropping a new album ‘Colors and Sounds’.

With just days to the d-day, Niniola who describes her style of music as Afro-house, a blend of Afrobeat and house music has unveiled the tracklist of the album which contains 15 songs.

The Grammy-nominated singer on Monday shared the full tracklist that includes previously released hits ‘Omo Rapala’, ‘Fantasy’ and ‘Addicted’ whose music videos have already registred millions of view on YouTube.

The Colors and Sounds album is executively produced by Niniola alongside multiple award-winning filmmaker Michael Ndika. 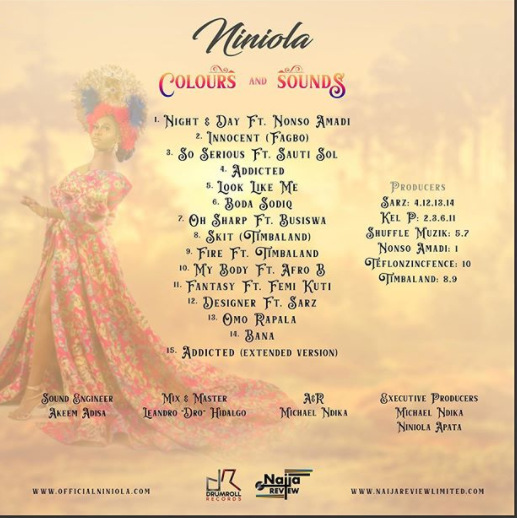 While sharing the full tracklist on her Instagram account, Niniola said: “We are getting closer by the Day...02/10...Colours And Sounds...Link In My Bio Thanks Guys...I see you @whereisdro.”

Niniola’s most successful song she has released in her career is the 2017 Sarz-produced single ‘Maradona’ which earned her nominations at the 2018 BET Awards and SAMAs.

In 2019, elements of ‘Maradona’ were sampled in ‘Find Your Way Back’, a song from Beyoncé's soundtrack album The Lion King: The Gift. Niniola is also credited as one of the track's songwriters and composers.

In April 2020, she received her Grammy nomination certificate for her work as a composer on The Lion King: The Gift.