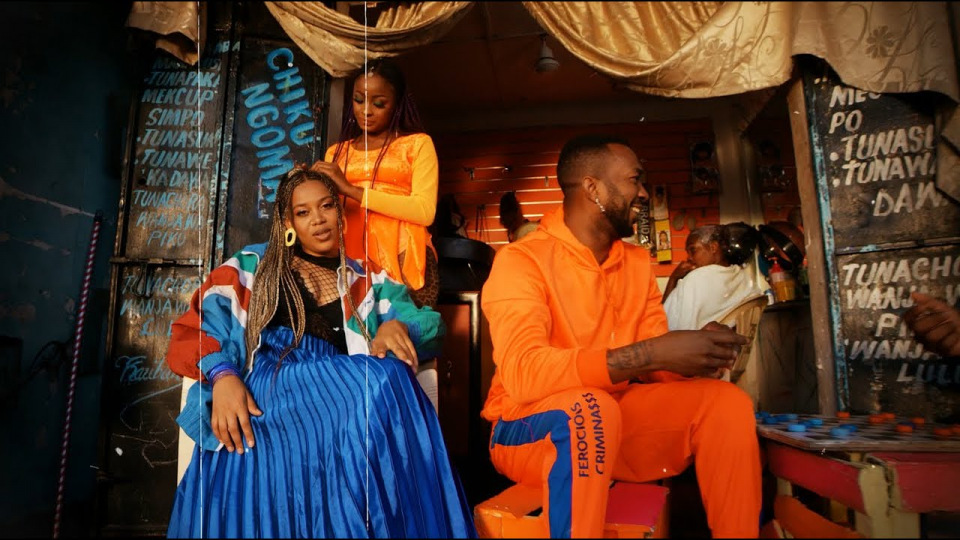 Recently, RJ dropped the ‘Changes’ album and featured Marioo and Sho Madjozi on one of the hits dubbed ‘Too Much’.

Speaking during an interview on Tuesday, Marioo revealed that his prior working relationship with Madjozi played a key role in the RJ link up.

According to Marioo, he met Madjozi when the singer visited Tanzania. They later bonded and agreed to work on something.

Marioo added that once they hit the studio, they enjoyed working with one another.

On his part, RJ believed if an acquaintance of Madjozi linked them up, it will be easier to work on a song.

The ‘Changes’ album was released a few weeks ago and also features appearances from Rayvanny, Zuchu Lava lava and other top artistes from across the continent.

In addition to being a top official at Wasafi records, RJ also doubles up as Diamond Platnumz's official DJ.

Marioo previously featured on Madjozi’s first album adding that he was supposed to be part of the ‘John Cena’ hit single. Madjozi hit the global stage with the ‘John Cena’ single which was well received.

She got a chance to meet WWE superstar Jonh Cena who expressed his delight with the production.