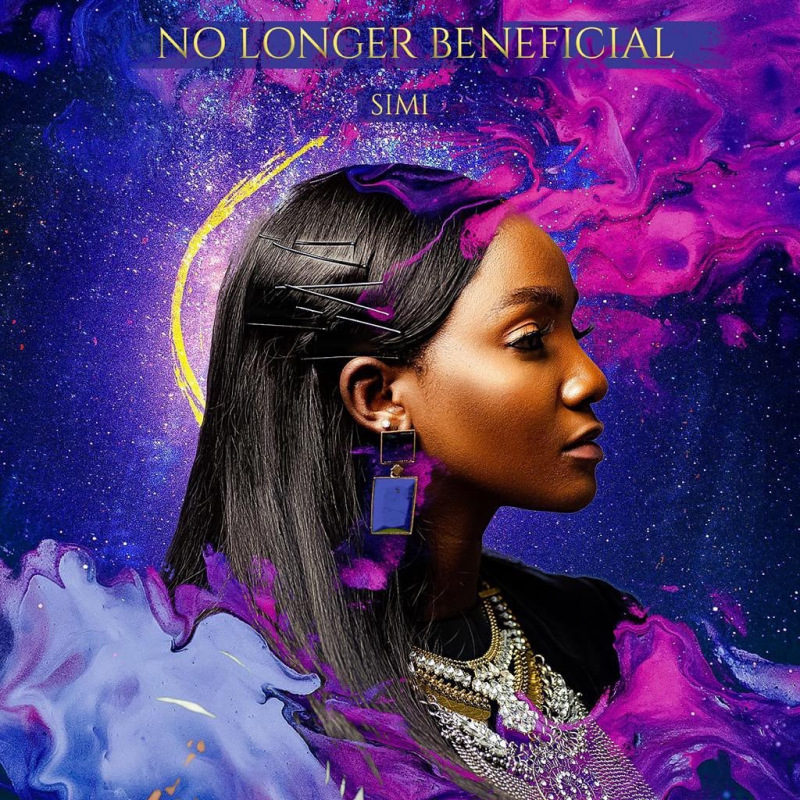 Nigerian singer, songwriter and actress Simi, born Simisola Kosoko, has announced the official dates to the release of her six track Restless II EP as 2nd of October days after releasing her debut tune to the project.
Sharing on her Twitter and Instagram accounts, Simi urged her fans to Pre-Add / Presave the #RestlessII EP and the dates of the release. The same was shared by Her husband Adenkule Gold who reiterated and retweeted, "#RestlessII by @symplysimi out on the 2nd of October. Pre-save it now and get ready for magic! " 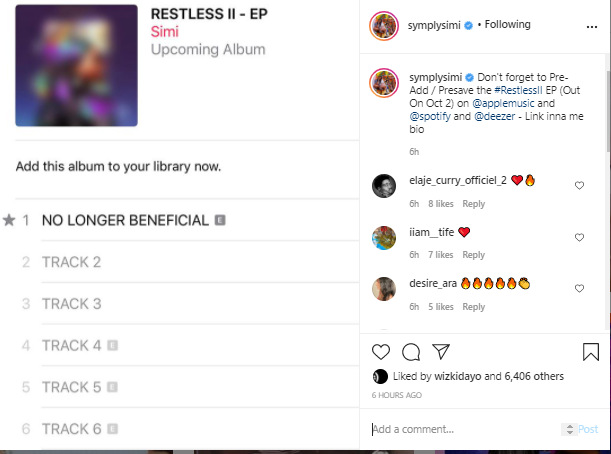 Speaking on the forthcoming EP, Simi said, “Before I got my break in the industry, I had so many moments of uncertainty. I was bursting with all this creativity and I was almost desperate for someone to bank on it. So I channelled my energy into the first Restless EP. "Restless", because it was how I felt. Thankfully, I made it to the other side.

"My second ’Restless’ EP is a symbol of my search for a new journey on the same path. May the force be with me.”

catch the video to No longer Beneficial here which was released on September 18th 2020.