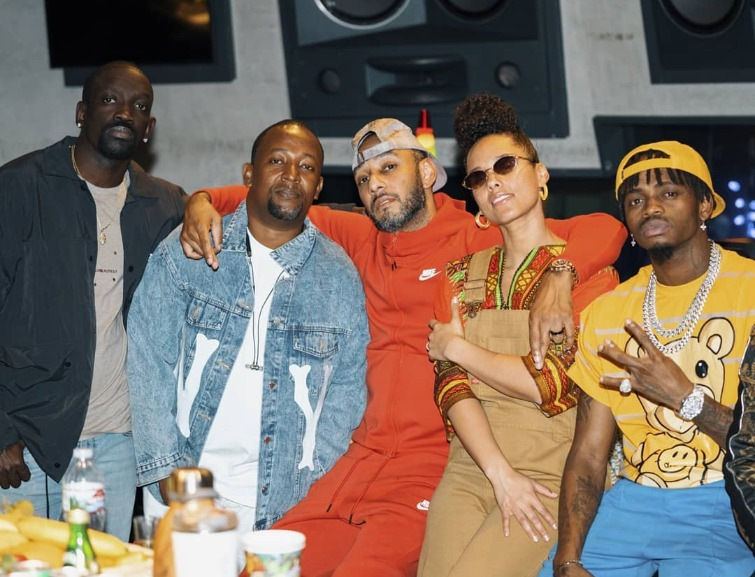 In an Instagram post, Diamond expressed his gratitude to Alicia Keys for allowing him feature on the project.

“It's a Privilege and Honored to be featured in this iconic Album of the Queen....Thank you @aliciakeys and my brother @therealswizzz for believing in me..... I really can't wait for the Album to be out this Friday Sept 18th,” he posted. 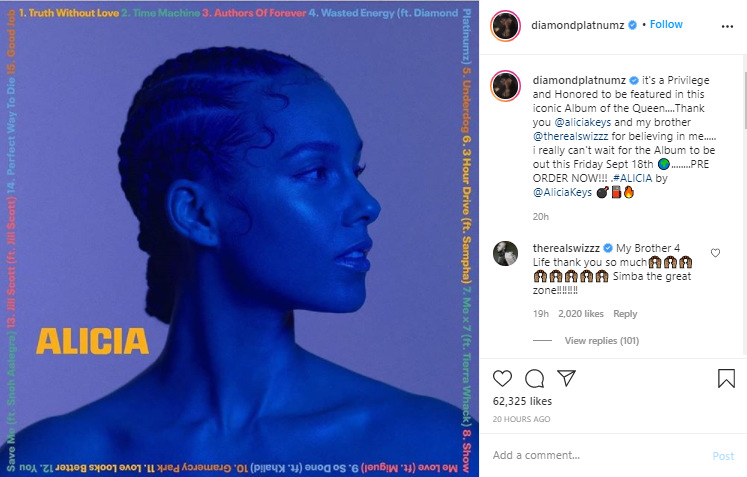 On the album, Diamond has been featured on track number four dubbed ‘Wasted Energy.

The ‘Alicia’ album has 15 songs with verses from Miguel, Khalid, and other musicians.

The production was mainly done by Alicia Keys and Swizz Beatz.

It is worth noting that Diamond enjoys a cordial relationship with Keys’ husband and producer Swizz Beatz.

Early this year, Beatz shared the ‘Gere’ song by Diamond and Tanasha Donna expressing interest to do a remix of the song.

Around the same time, Diamond visited the United States where he was pictured with Alicia Keys and Swizz Beatz in the studio.