Skales Teams Up With Tekno For A Refreshing 'Badman Love Remix' 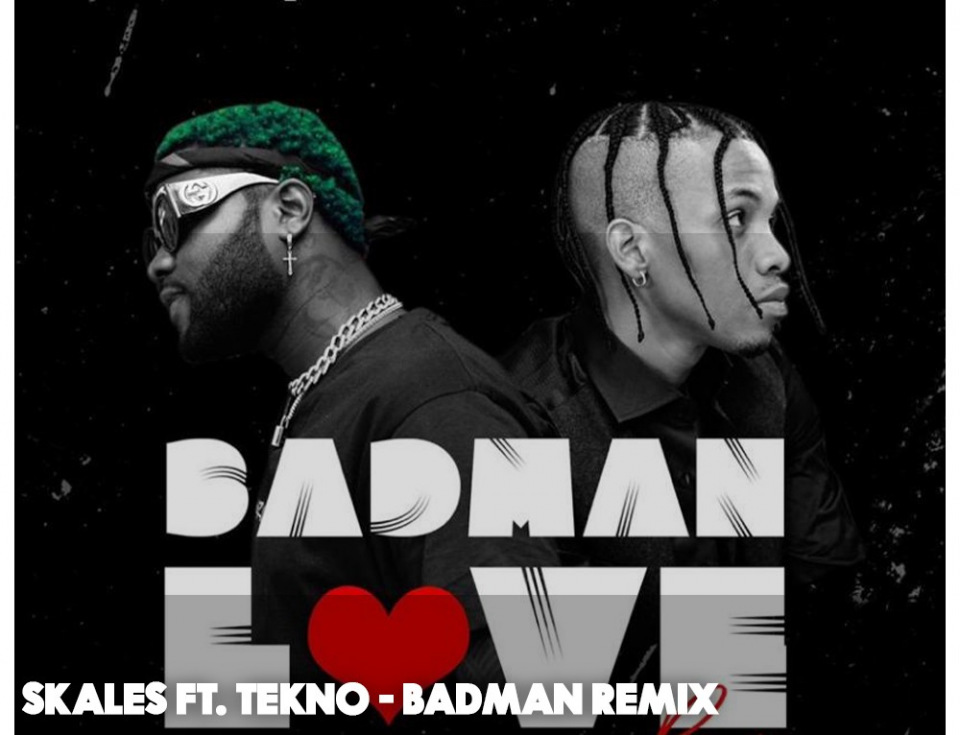 Nigerian rapper, singer, and songwriter Skales has teamed up with fellow singer Tekno to serve us with a remake of the 'Badman Love' song.

Skales had dropped the 'Badman Love' song in July off his June released EP 'Healing Process'.

While sharing the remix of the song, Skales said he teamed up with Tekno after he saw a video of the Afrobeats singer vibing along to his original tune. 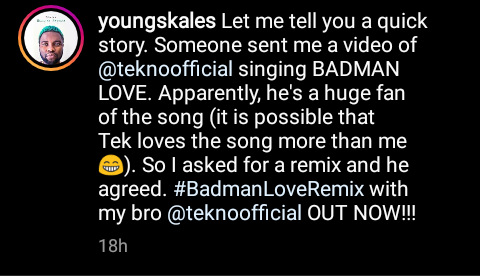 "Let me tell you a quick story. Someone sent me a video of @teknoofficial singing BADMAN LOVE. Apparently, he’s a huge fan of the song (it is possible that Tek loves the song more than me ?). So I asked for a remix and he agreed," the rapper noted in the post.

In the 'Badman Love Remix', while Skales maintains the song's original vibe, Tekno adds in a refreshing breathe with his Afropop touch and vibe.

The original 'Badman Love' song produced by Kezzi is a song in which Skales sings that even bad guys also love.

In an interview with Okay Africa when he released the song, Skales said it was inspired by a conversation with his buddies on the subject of whether a bad guy can love or not.

The 'Badman Love' song was released alongside its official visuals that were posted on YouTube on July 31.