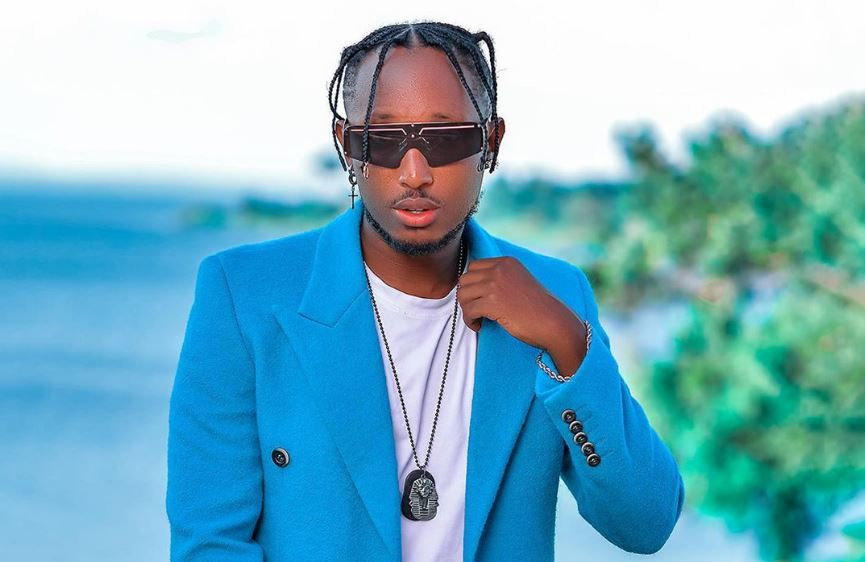 How Old and Where is Chozen Blood from?

Net worth: Unknown as he is a relatively young artiste

Chozen Blood is the second last born child in a family of 13. He says he got his stage name from back in his church days when the church leader would call him 'Chosen' because he got picked for so many opportunities.

How did Chozen Blood join music?

Chozen Blood started singing in primary school and earned a number of bursaries from music. He was good at playing drums and singing so different schools fought for him to be part of their drama and music groups.

He, however, started doing music at a professional level in 2008 while he was in his S.4. Since he sung in church, his first song was funded by a religious organisation dubbed 'A Child Unheard' at Fenon Records.

He got his major breakthrough during his F.6 vacation when he teamed up with his cousin, Walden on 'Pressure Ya Love'; a song that dominated airwaves. At a past interview, he said the song was a trial but they were surprised when it made them famous. They later hit studio and recorded 'Nalonda Gwe' which was also a massive tune.

The duo, however, parted ways because Walden had become so busy with her radio career. Following the group’s disbandment, Chosen Blood took a break from music and later travelled abroad for further studies. He later bounced back with a hit single dubbed 'Wadawa' and later featured Sheebah on the remix.

Who is Chozen Blood's current manager?

After recording with Sheebah, Chozen Blood was approached by Jeff Kiwa who requested him to join his team as he had no management. He agreed and joined Team No Sleep alongside Kabako, Topki Kasente and Sheebah. He recorded other songs like ‘Awunza’ and ‘Damn’ with Desire Luzinda.

Despite having a successful stint at the label, Chozen Blood ditched it claiming that the management was focusing more on Sheebah than delivering on the promises made to him. He then moved to Ziza Bafana's former manager Arafat where he worked together with self-styled smallest rapper Feffe Bussi, but later quit.

What are some of Chozen Blood's top songs?

Does Chozen Blood have any Awards and nominations?

Fans have been insinuating that Chozen Blood is dating fellow singer Winnie Nwagi but they have both denied the allegations. The two artists have openly declared that they are single.