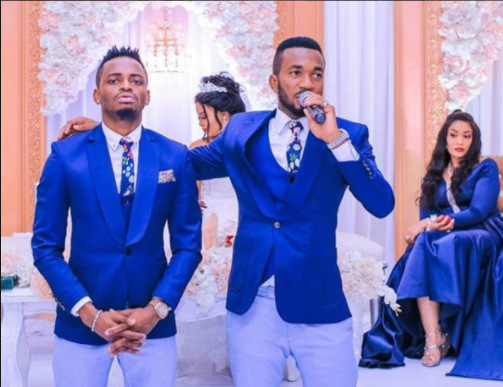 Wasafi Vice President DJ Romy Jons has come out to clear the air on the issues around his recently launched ‘Changes’ album.

According to the track list shared a few weeks ago, the album was to feature a song by Diamond dubbed ‘Rotate’ featuring Nigeria’s Ceeza Milli.

However, in the official album released over a week ago, the song is not featured.

Speaking during an interview with Wasafi TV’s Refresh show, Romy noted that by the time the album was being released, they had not received clearance from Ceeza Milli to drop the song.

He further noted that releasing the jam with Milli’s clearance would have resorted to copyright infringement.

Romy, however assured fans that ‘Rotate’ will be among the bonus tracks in the album as it currently one of the most requested songs.