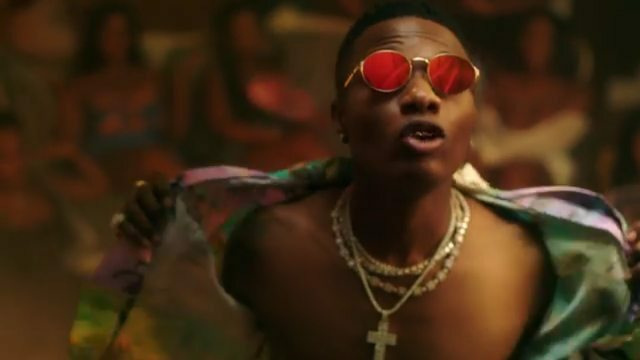 Popular and internationally recognized Nigerian singer and songwriter Wizkid has started making steps towards having one of his 2019 hit singles get a Gold certification in the United States of America.

According to AfroPopNews, Wizkid's single dubbed 'Joro' has now sold over 100,000 units in the US in about a year of release.

'Joro', an Afro-pop/rap song was released in September with its visuals with over 56 million views on YouTube currently.

The song was such a hit that its beats were sampled by Tanzanian superstar Diamond Platnumz in his hit single 'Jeje'.

Wizkid will now be hopping to sell more units to enable the song get a Gold certification in the US which requires a single to have at least 500,000 units.

The multiple award-winning singer is currently preparing for the release of his album titled 'Made In Lagos'.

One his his most recent released singles is 'Smile' that he features American singer and songwriter, H.E.R.

Born Ayodeji Ibrahim Balogun, Wizkid began recording music at the age of 11 and managed to release a collaborative album with the Glorious Five, a group he and a couple of his church friends formed.

The 30-year-old singer who signed a record deal with Empire Mates Entertainment (E.M.E) in 2009 rose to prominence after releasing "Holla at Your Boy", the lead single from his debut studio album Superstar in 2011.