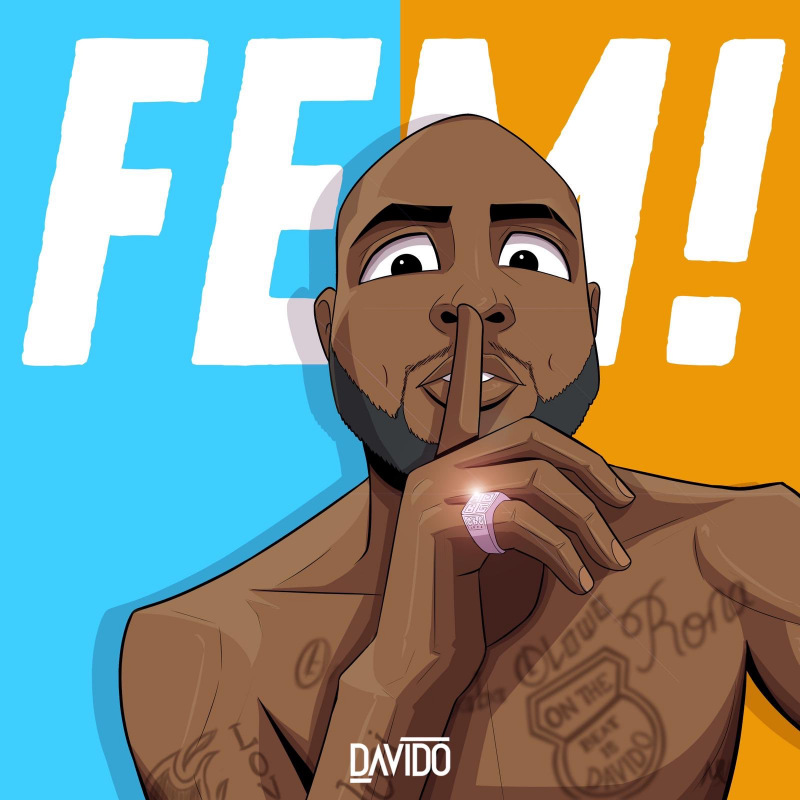 After a long silence on social media, American-born Nigerian superstar Davido is back.

Davido had taken a break from social media early in June, in what had been seen as a strategy to ensure he focuses all his energy on his album 'A Better Time' that was to drop in July.

July and August passed without a word from the multiple award-winning singer but he has finally marked his return with a new single dubbed 'FEM'.

The new song, off his upcoming album is also Davido's first for this year.

'FEM' is a Yoruba word that translates to 'Shut Up' in English. While announcing the release of the new song, Davido seemed to suggest the song was meant to hit out at people who talk negatively about others without knowledge of what they have been through. 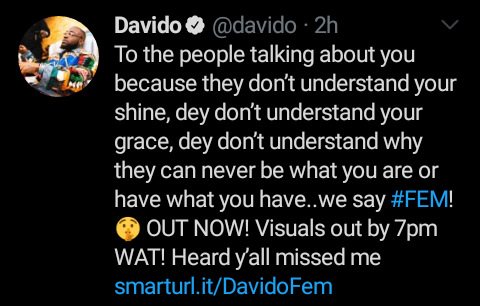 Hours after the official release of the 'FEM' audio, Davido also premiered its official video.

Directed by Dammy Twitch, the quality of 'FEM' visuals are on another level.

Dance moves in the video are also top notch.

Watch the visuals that premiered on Thursday night:

With the release of the first single, it is just a matter of days before Davido drops the 'A Better Time' album, his third.