How Eddy Kenzo Facilitated 'Gutujja' Collabo Between Rema and B2C 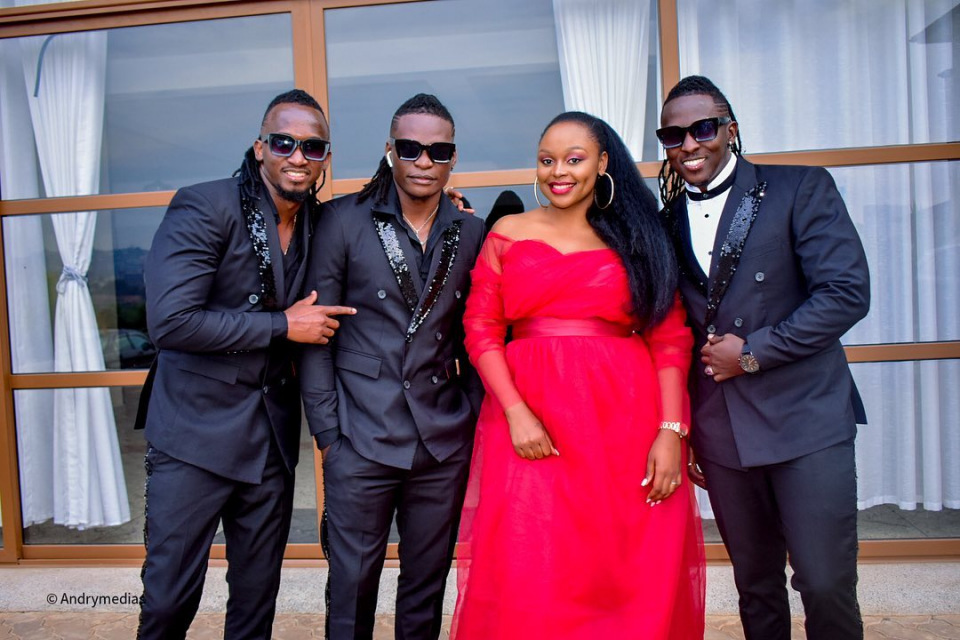 In 2019, The B2C trio had one of the biggest songs ‘Gutujja’ featuring vocalist Rema Namakula.

The jam went viral and managed to hit over 3.5 million views on YouTube within a short period of time, indicating that it was well received and loved by Ugandans.

Speaking during a recent interview, Rema opened up on how she managed to hook up with the boys. Although they were her fans, the desire to hit the studio was orchestrated by Eddy Kenzo, who was dating Rema at that time.

Shying away from mentioning his name on camera, Rema said Eddy Kenzo pushed them to do a song together.

"I met them at Eddy Kenzo's concert, they asked me for a collabo and I promised them we would sit down and do something. So through this mutual friend, we communicated and they sent me part of the song and the chorus," she said.

Rema noted that she liked what she heard and they hit studio and the rest was history.

'Gutujja' was arguably the best song of 2019, topping charts and scooping multiple awards in Uganda.

Talking about her experience working with the boys, Rema heaped praises on the trio describing them as 'God Fearing, good people’.

"We prayed before and after the song in studio and during the video shoot. I was very impressed because it is not common among the young men these days," she said.

According to Rema, after their collabo, they became family.