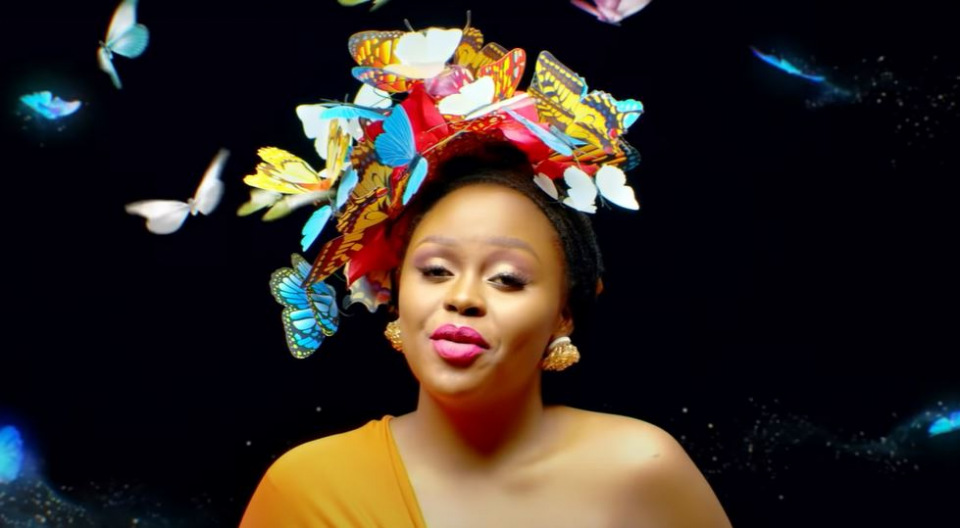 Rema Namakula has finally dropped her much awaited 'Ekyama’ video.

In 'Ekyama' (secrets), Rema sings about the beauty of love. This song is basically her opening up about going public with her relationship and later marriage.

She reveals how she is deeply in love with her man and how hard it is to explain it.

This is a perfect reply to everyone who was asking why she left Eddy Kenzo and settled with another man.

Quite different from her soft slow ballads, Rema comes with a danceable vibe in this new song which you will love.

The audio was mixed and mastered by award winning producer Paddy Man, while the video was shot and directed by Aaronaire who gave it enough color and a beautiful concept. Rema and her video vixens had matching outfits with the different sets.

The audio dropped back in June after the singer bounv=ced back from her music hiatus. She had been off for close to 5 months with her last song being ‘Clear’.

Rema made headlines late last year when she officially introduced her husband, Dr. Hamza Ssebunya in a traditional wedding ceremony.

She decided to take a break from the music and enjoy her new found love. Their relationship was a secret, and no one had an idea she had already moved on from longtime lover, Eddy Kenzo.

Everyone was surprised when photos of her and Hamza surfaced on the internet. The biggest surprise was the wedding that came few months after the big reveal.