LadiPoe Teams Up With Joeboy In New Song Dropping On Friday 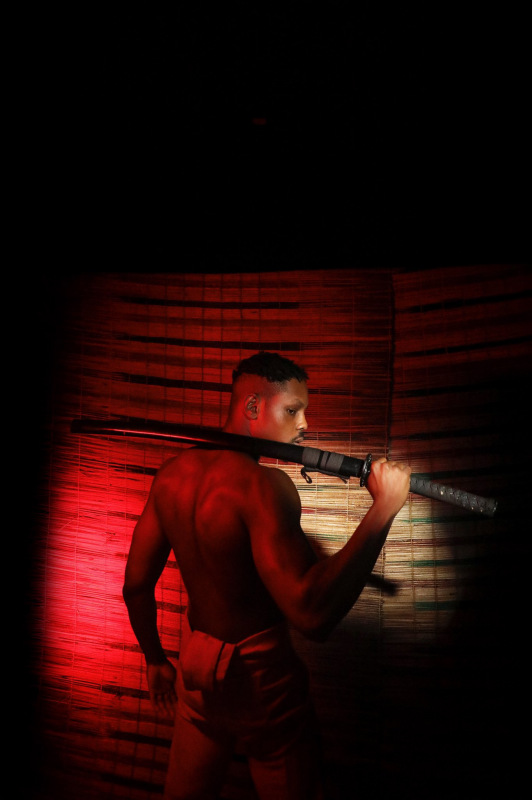 The Marvin Records wordsmith has in the past few weeks been posting about Samorais and as it turns out he was preparing for the new song.

LadiPoe has already released several hit songs this year among them 'Know You' featuring Simi and he looks set to drop a new song.

In posts on his social media pages, LadiPoe noted that the new song will be dropping this Friday.

It is widely expected that the new song is titled 'Yoruba Samurai'. 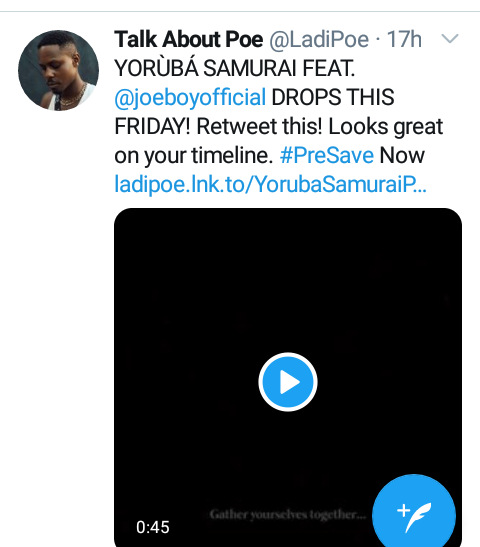 LadiPoe also shared a short video clip of a story about a Yoruba Samorais.

Born Ladipo Eso, Ladipoe or Poe is on 28 February 2017, signed a record deal with Mavin Records.

He rose to prominence with the song"Feel Alright" where he got featured by SDC "Show Dem Camp".

LadiPoe is also a member of the Nigerian supergroup Collectiv3.