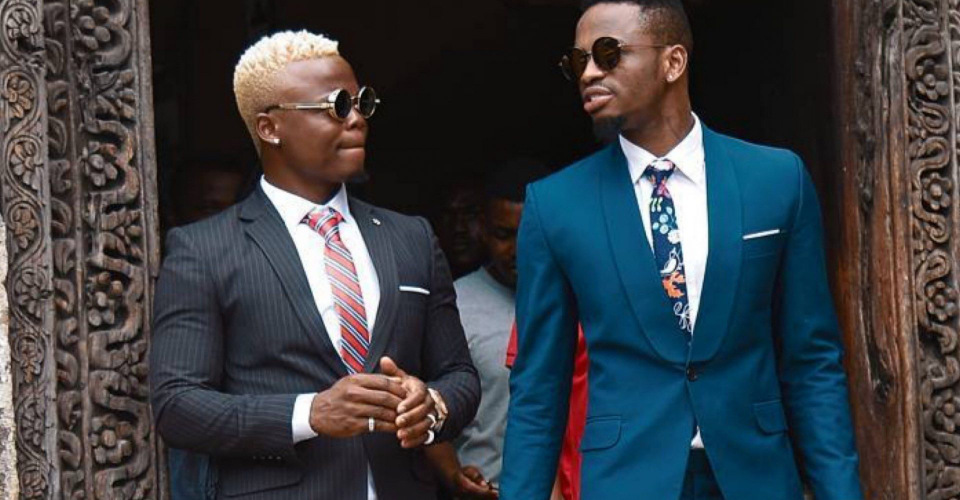 Celebrated Tanzanian musician Harmonize was a subject over the weekend after he held an electrifying show at the Benjamin Mkapa stadium.

The show dubbed ‘Wiki ya Wananchi’ became a trending subject after Harmonize made his entrance like a military commando dangling on a rope.

At one point, he almost fell. This scene elicited a lot of reactions with a number of tweeps trolling the ‘Jeshi’ hitmaker.

The online attacks caught the attention of Diamond who came out strongly defending his former protégé Harmonize against social media trolls.

Reacting to a post by Diamond promoting Rayvanny’s show for Bukoba , a tweep posted a comment on how Harmonize almost hurt himself when he arrived on a rope at the Benjamin Mkapa stadium.

Reacting to the tweep, Diamond defended Harmonize asking the writer to pray for him instead of trolling him.

Harmonize had put up a big show in support of veteran Tanzanian football club Yanga Fc.

His week came barely a week after Diamond Platnumz had a mega show in support of the Simba Fc team where the highlight was him landing in a chopper.

Watch the video of Harmonize making his entrance below: https://www.youtube.com/watch?v=nM6J7YUaqzc