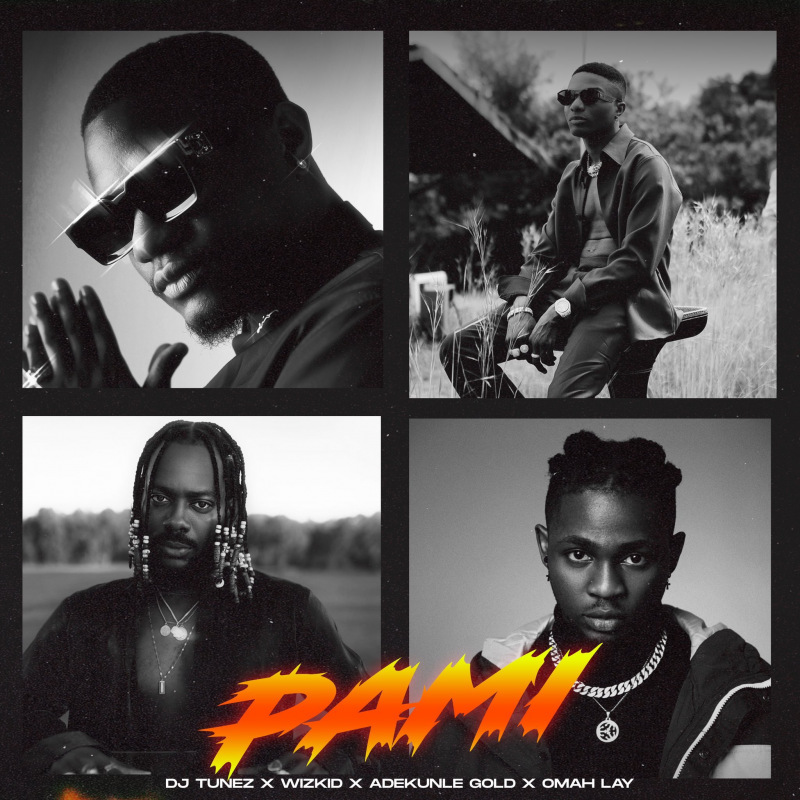 Starboy Entertainment has released yet another song from its official disk jockey DJ Tunez.

In the new song titled 'Pami', DJ Tunez in a second time running enslists the services of his boss Wizkid alongside high-flying Nigerian artists Adekunle Gold and Omah Lay.

Produced by Blaise Beatz, 'Pami' can easily fall into the category of a banger and with the quality and popularity of featured artists, it from the start, has a potential of being a major hit.

The new song is a fusion of Afrobeats and some elements of Bob sound.

Omah Lay flying high with his latest hit 'Bad Influence' off his recently released Extended Play (EP) 'Get Layd' starts off the song in his signature and now familiar vocals before Wizkid picks up the momentum.

Adekunle Gold has his own verse where he brings in some taste of the still trending 'Something Different' hit song.

The chemistry between all the three artists is amazing and brings out a good song that you will love listening to over and over again.

So far, only an official audio for 'Pami' is available in the digital music platforms. A video is surely on its way.

DJ Tunez had a few weeks ago released another new song 'Cool Me Down' in which he featured Wizkid.

The song already had a video that was released about a week or so ago.