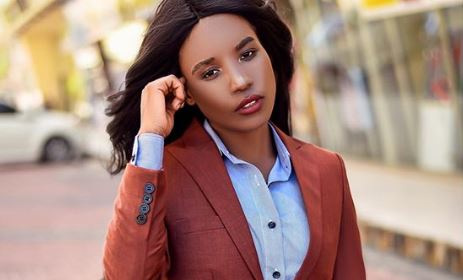 A popular Tanzanian actress and comedian has announced her entry into the bongo music industry effective immediately.

The actress known as Ebitoke on Wednesday announced that she will venture into music through CBM management.

Ebitoke noted that she will be producing bongo Flava music with a touch of Afro Pop.

According to the veteran comedian, she reached out to key players in the music industry who guided her into recording her first audio.

Prior to the recording, the comedian had no known music projects, however, she enjoys a massive fan base in Tanzania.

The comedian had taken a hiatus from the public eye before she resolved to venture into music.

On Tanzanian musicians to watch out for, Ebitoke singled out Wasafi's Zuchu and Nandy as the biggest female bongo stars at the moment.

Ebitoke now joins the list of bongo entertainers that have switched careers in the past months. For example, there are several musicians who have ventured into politics.