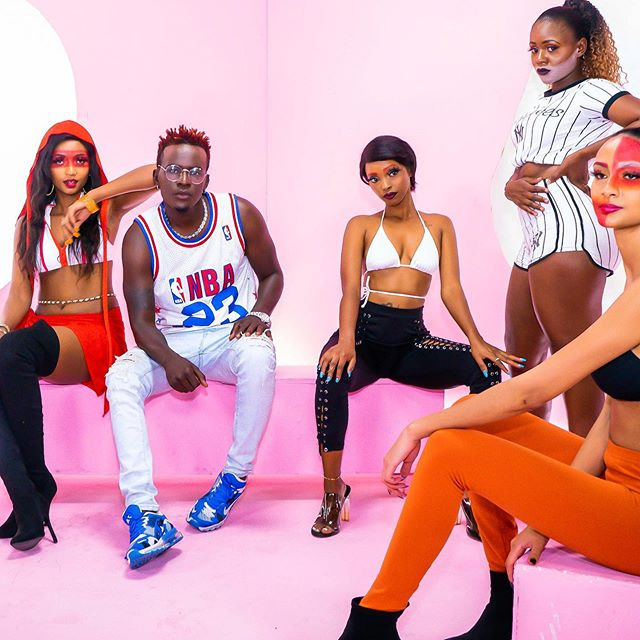 We at this point have enough songs to take us back to the clubs thanks to artists such as Willy Paul. Willy Paul has just released his new single dubbed ‘Prakata’ featuring Mejja and a great video to back it up.

‘Prakata’ is essentially a twerk song and it immediately reminds you of Willy Paul’s hit single Hallelujah from its progression and a bit of echoing sounds that are layered onto the instrumentation. ‘Prakata’ could essentially be translated into what is assumed as a woman’s body movement as she is dancing.

The single is created over that bongo and kapuka fusion sound that is signature to Willy Paul. It is a fast-paced single that has a lot of melody in it which serves Willy Paul’s amazing vocals and allows room for Mejja to switch it up to his rap/sung verse. The audio is quite playful, lyrically as is signature to Mejja and we have grown to know that Willy Paul has that side to him too.

The video is a simple setting of a green room projected into different scenes to create the full video. It incorporates great bright colours especially for the backgrounds. The video is also highly choreographed; Willy Paul has a whole crew of guys who dance with him through the video and the make-up on the vixens is quite over the top, it is lovely to watch. There definitely will be a #PrakataDanceChallenge courtesy of the little dance for the chorus that Willy Paul and his crew put out on display.

Get your dancing shoes or fit on and catch a vibe with Willy Paul and Mejja on ‘Prakata’.