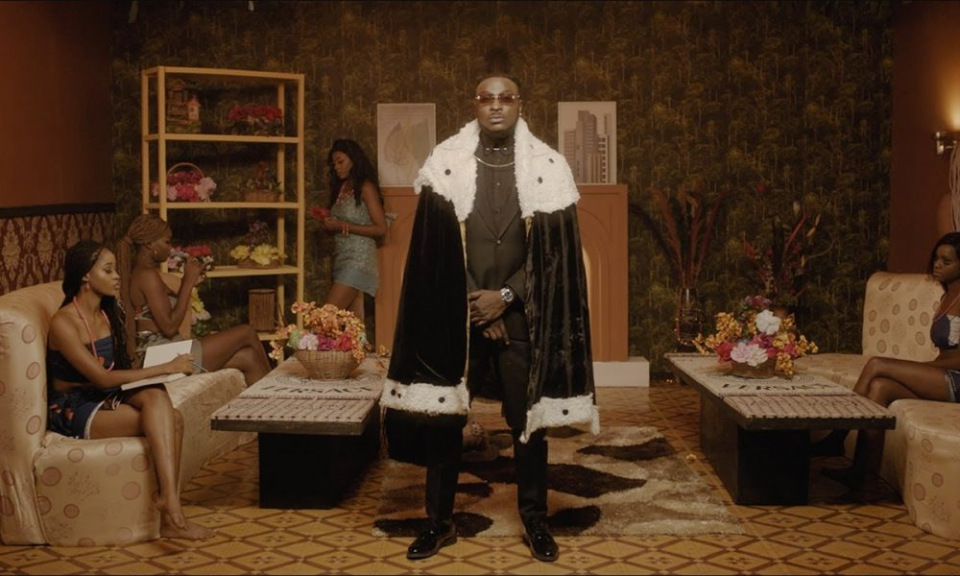 Before he went mute on social media a few months ago, Nigerian singer, songwriter and performing artiste Peruzzi had announced that he would be dropping his new album in September.

By then, Peruzzi who began recording music at the age of 7 had indicated that the album is titled 'Gaza'.

He also revealed that his boss Davido would be producing the new project under the Davido Music Worldwide (DMW).

However, Peruzzi has given a new update on his upcoming body of work indicating that it is not titled 'Gaza' widely thought.

In a tweet on Wednesday night, Peruzzi who signed a record deal with 30BG, a subsidiary of DMW also noted that the new album is ready.

It is, however, not clear what the title of the album is, having recently changed his name on Twitter to H.O.A.

"The Album Is Ready & The Name Isn’t GAZA," Peruzzi tweeted.

He also dropped a hit that his recently released hit single 'Lagbaja' alongside its official video is part of the album that contains 15 tracks. 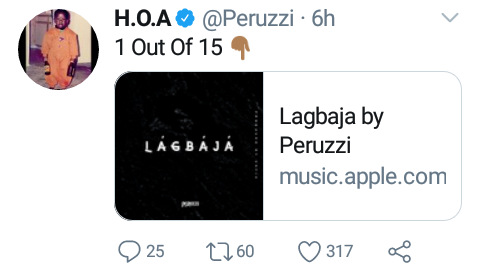 "1 out of 15," Peruzzi noted in another tweet that accompanied a link to 'Lagbaja' his recently released song.