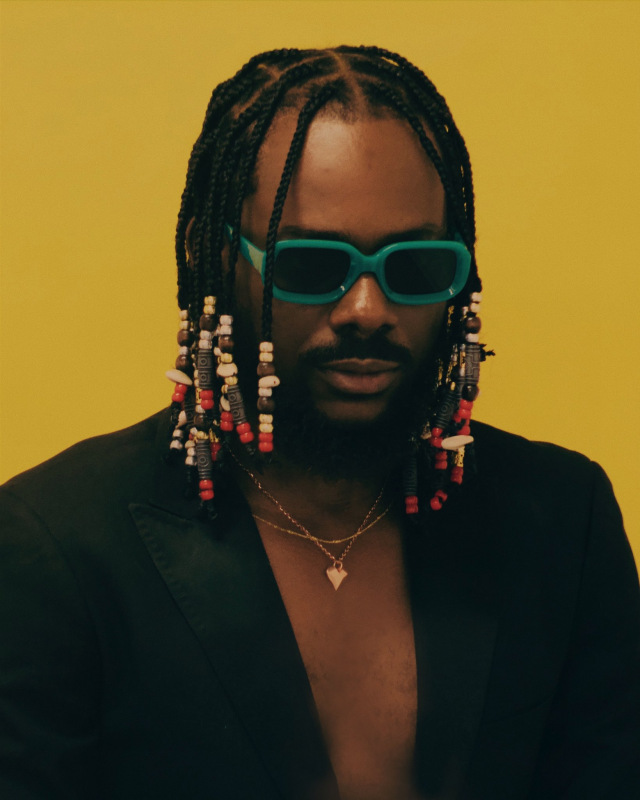 Nigerian highlife singer Adekunle Gold continues to enjoy the massive support and love that his fans across the globe are showing to his music.

Adekunle Gold who is preparing for the release of his third studio album titled Afro Pop Vol 1 is currently celebrating the success of his single 'Something Different'.

The song released in May this year has so far registered a record 23 million streams across all the platforms globally.

Produced by Blaise Beatz, 'Something Different' has Afrobeats tune fused with a little bit of pop sounds.

The song which was Adekunle Gold's second release this year has topped several charts. It borrows some beats from Wizkid's 'Joro' and Diamond Platnumz 'Jeje' with additional Trumpets and Saxophones sounds in it.

A video for 'Something Different' released in June has also performed well on the American online-video sharing platform YouTube with over 3 million views to date.

The song followed 'Jore' featuring Kizz Daniel that was released early this year.

The singer already has a third single for the year titled 'AG Baby' off his upcoming album featuring Trinidadian singer Nailah Blackman.

While celebrating the new achievement for 'Something Different', Adekunle Gold thanked his fans for the support.

He also took the opportunity to remind his fans to preorder his upcoming album scheduled for release on August 21. 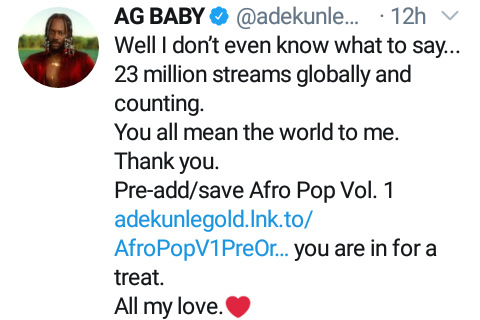 "Well I don’t even know what to say...23 million streams globally and counting. You all mean the world to me. Thank you.
Pre-add/save Afro Pop Vol. 1 https://t.co/QNWNXUqUrD you are in for a treat. All my love," Adekunle Gold tweeted alongside a short video with extracts from the songs official video.