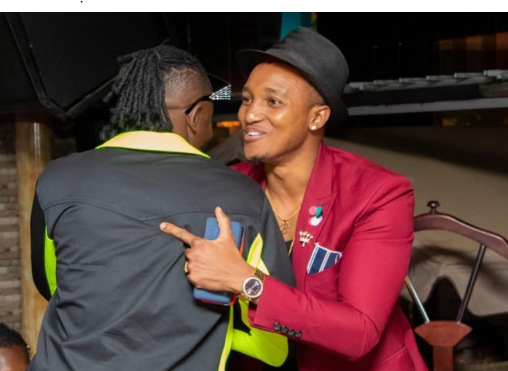 ‘Wote Wazuri’ is a Swahili word that loosely translates to ‘All are good’, and has been used in the song to appreciate a number of girls that the artistes are involved with.

In the new release, the artistes are faced with a weird situation where they have a number of beautiful ladies at their disposal, thus making it difficult to settle with one.

The song’s production is on point, and has all qualities for a club banger, but unfortunately due to the corona virus pandemic, clubs have been closed, and as such, music lovers will have to patiently wait before they can jam to this new jam in a club setting.

The raunchy video has been shot in several scenes with the most dominant one being the pool.

In the video, the vixens showcase several dance styles and modeling techniques, justifying why the artistes consider them to be ‘Wote Wazuri’.

Two hours after it premiered, the video is slowly getting traction online with over 1,000 views on YouTube.