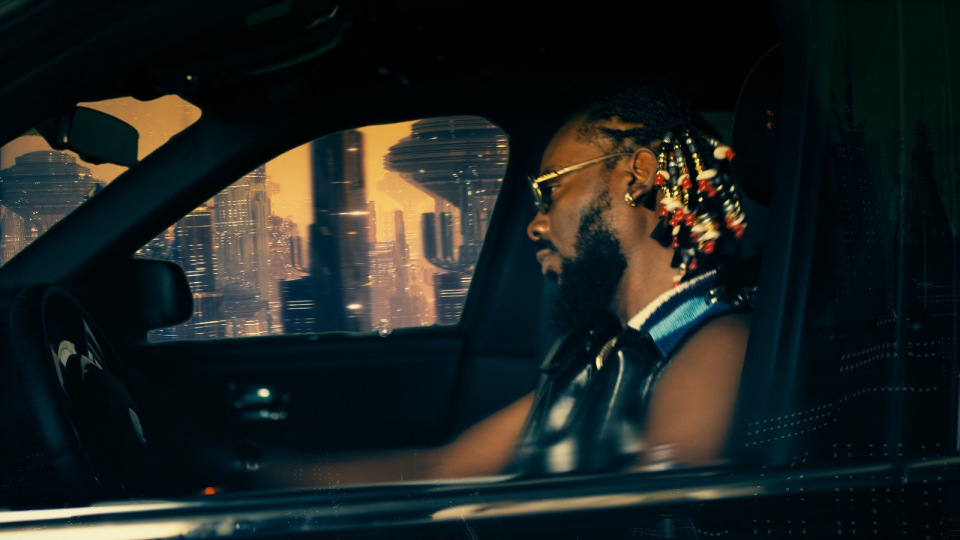 As he prepares for the release of his third studio album in the next few days, Nigerian highlife singer, songwriter and graphic designer
Adekunle Kosoko, known professionally as Adekunle Gold, has released visuals for his recentl hit single 'AG Baby'.

'AG Baby' is off the upcoming album and features Trinidadian singer Nailah Blackman.

The visuals directed by DES GRAY have simple props that starts off with Adekunle Gold glad in maroon suit performing the song.

Editors of the video did a good work playing with graphics and it is an enjoyable watch that complements good lyrics and beats in the song.

The song 'AG Baby' was last week listed among the songs on the Top Triller Global Charts and the release of visuals is expected to boost its performance on the recently created billboard chart.

Adekunle Gold who gained widespread attention after releasing the 2015 hit single "Sade", a highlife cover of One Direction’s "Story of My Life" has announced that he will be dropping a new album on August 21.

Adekunle Gold has released two other songs this year, 'Jore' featuring Kizz Daniel and 'Something Different'. The two songs have been instant hits and it remains to be seen whether they are part of the 'Afro Pop Vol 1' album.

The singer's debut studio album Gold, which debuted at number 7 on the Billboard World Albums chart was released in 2015, a year he signed a record deal with YBNL Nation.