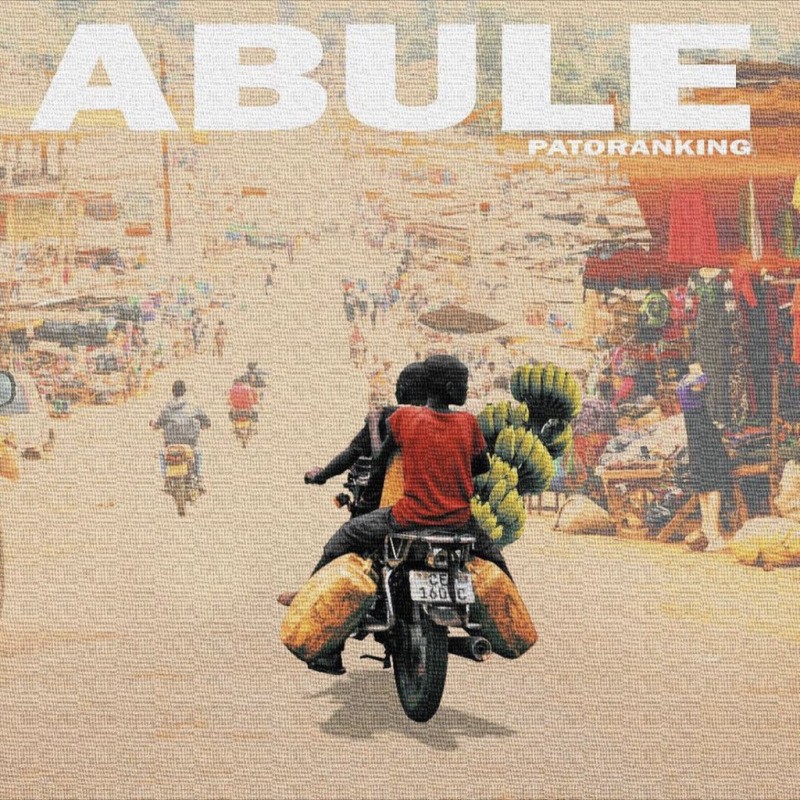 We have had several new Afrobeat songs released in the past few days.

Incase you're wondering what constitutes an Afrobeat song; this is a music genre which involves the combination of elements of West African musical styles such as fuji music and highlife with American funk and jazz influences.

We take a look at the top 5 most-streamed Afrobeats songs this week on Audiomack. 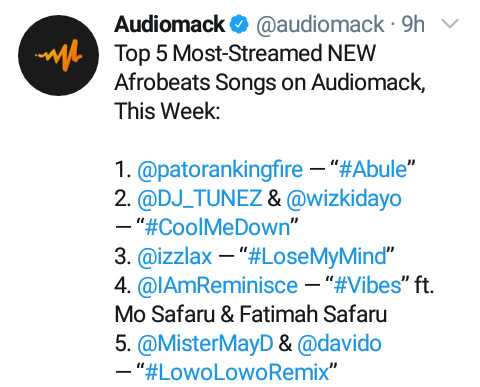 As he prepares for the release of his third studio album on August 28, Nigerian Raggae/Dancehall singer Patoranking dropped this new Ghetto love song which he titled 'Abule'.

The song which is a lead single for the upcoming album 'The Three' has been received positively and is currently enjoying airplay all over.

This is a song that is a product of a super combination between Starboy Entertainment official disc jockey DJ Tunez and his boss Wizkid.

'Cool Me Down' is produced by P2J and co-produced Spax and DJ Tunez himself.

This is an Afrobeat love song with some elements of hip/hop and perfectly in which Nigerian recording artist L.A X has described as a classic.

The EP consists of 6 tracks with guest artistes; Tiwa Savage, Fireboy DML and his two daughters MO, Fatimah Safaru who are featured in the 'Vibes' song.

In this song that completes the list of top 5 most-streamed new Afrobeats songs on Audiomack, the Confam entertainment boss May D features DMW boss Davido.

The song is produced by Dante.