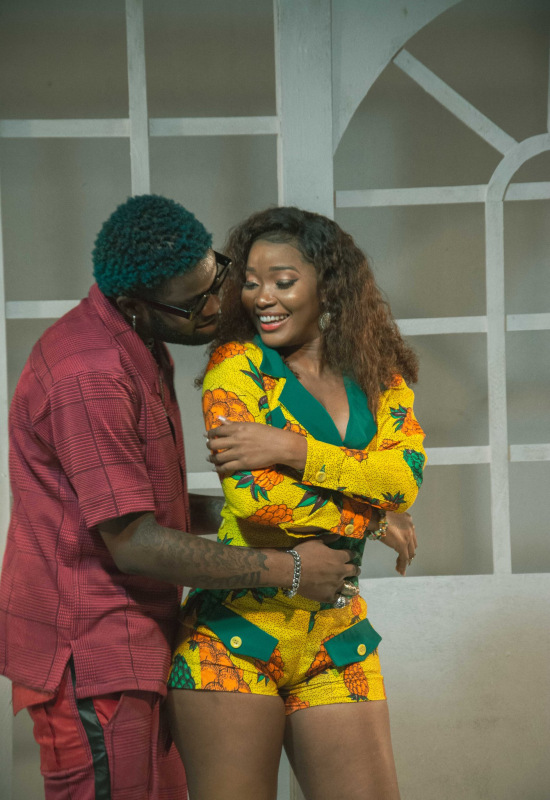 'Badman Love' produced by Kezzi comes along with an official video.

As the title suggests, the song is basically about the fact that a bad guy (badman) can also love.

In a recent interview with Okay Africa about the new song, Skales said it was inspired by a conversation with his buddies on the subject of whether a bad guy can love or not.

"I was in support of the point that no matter how people label you, even if it is as a "Badman", everyone has that person they are ready to risk it all for," said Skales who also points out that he wrote and released the song while some of his friends are yet to agree with him.

Introducing the new video that has promising Nollywood actress, business owner, and philanthropist Sandra Okunzuwa starring, Skales tweeted; "If it's your spell I'm under, I no want recover... BADMAN LOVE OFFICIAL VIDEO OUT."

'Badman Love' can simply be described as a mid-paced Afro-pop song with some catchy lyrics and nice beats that will make you dance to it.

Watch the official video that premiered on July 31.

Skales whose name is an acronym for Seek Knowledge Acquire Large Entrepreneurial Skills has collaborated with numerous artists, including eLDee, Jeremiah Gyang, Banky W. and Knighthouse. His well-known songs include "Shake Body", "Mukulu", "Keresimesi", "Komole", "My Baby", "Take Care of Me" and "Denge Pose".

After leaving E.M.E in May 2014, he set up the independent OHK Music record label. His debut studio album Man of the Year was released in 2015.