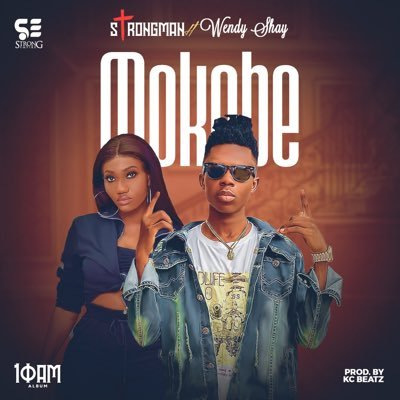 Award winning rapper Strongman has finally released the long awaited video of the song ‘Mokobe’ featuring Wendy Shay, making him one of the artistes with most new releases so far this year.

The new song that adds to the list of the songs released by Strongman this year is off the yet to be released album ’10:00am’. Directed by Prince Dovlo and produced by KC Beatz the video has been well received by the fans and music lovers, as it has already started to gain viewership online. His fans have been looking forward to the release of the album because most of his recent releases are singles.

‘Mokobe’ is a word from a native language in Ghana that means ‘Nobody is there’. Strongman used the song to reach out to his naysayers who have constantly doubted his progress shaming them and telling them that he is yet to unleash his best. The song goes on to say that his quiet nature is always backed by the hard work that he constantly puts in his music and that no obstacle can hinder his growth.

With the current Covid-19 situation, most artistes have gone silent and have not been releasing any new songs. Nonetheless, Strongman is one artiste who has managed to remain relevant in the industry by being among the top artistes with new releases this year.