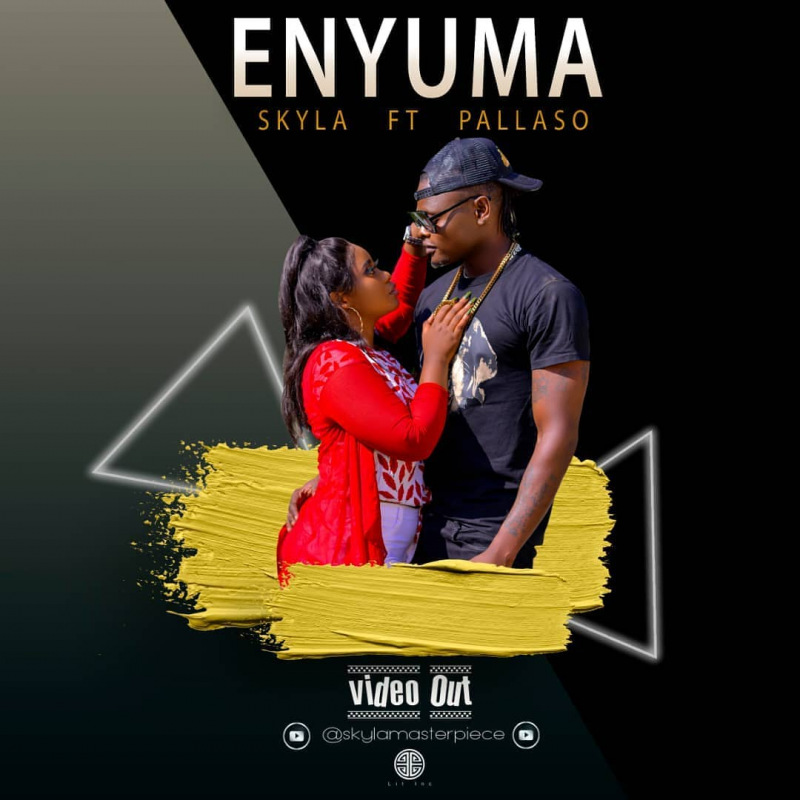 Celebrated Ugandan musician Pallaso has had a very good year so far, thanks to his consistency and production of top quality songs.

He started the year with a banger dubbed 'Akomelerwe'. Following the hit single, the Team Good Music Boss ventured on several collabos that have dominated the Ugandan airwaves.

In a bid to maintain consistency and solidify his spot at the top, Pallaso has teamed up with Skyla the Masterpiece on her new jam dubbed ‘Enyuma’.

In 'Enyuma' (loosely translated from Luganda to mean 'enjoyable') both Pallaso and Skyla explain how love is enjoyable and interesting when they are together.

‘Enyuma' featuring Pallaso is the fourth collaboration from Skylar the Masterpiece. It is an Afro Beat song coming off her yet to be released studio album titled 'Birth of a Princess'.

The new love song was produced by renowned producer Delete who worked together with Brian Beats.

The beautiful Luganda lyrics were penned down by Alvin Kizz, while the video was shot and directed by videographer Swaif M.

In the three-minute video, Skyla appears with her video vixens dressed in white dancing as they tease Pallaso and his boys who are on the opposite side.

Skyla is signed under Lit Inc record label and is slowing growing in the industry.