LadiPoe To Perform At Lolla2020 Alongside World Superstars 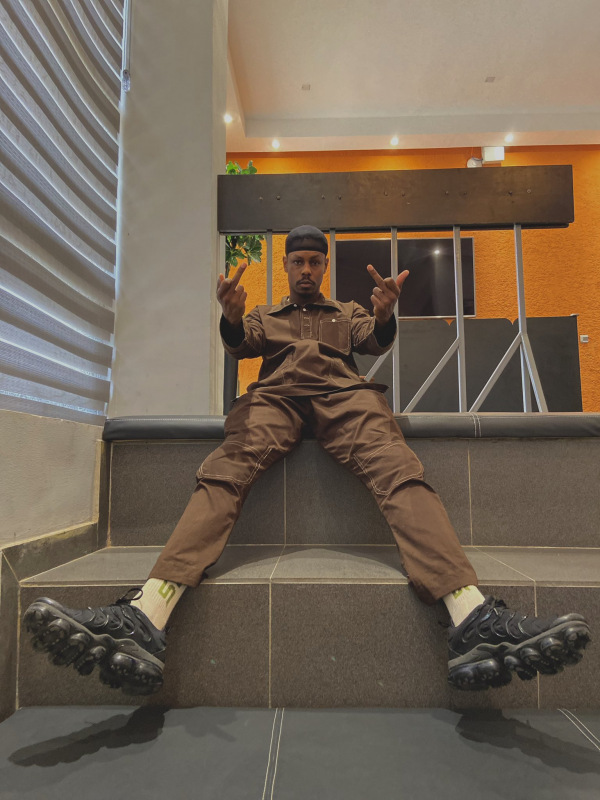 Nigerian rapper LadiPoe will be among hundreds of artists who will be performing in this year's Lollapalooza festival.

The festival will be held virtually and streamed live on YouTube due to COVID-19.

Confirming his participation in the festival that will see over 150 artists perform, LadiPoe noted that he was excited he will be representing Nigeria the annual event. 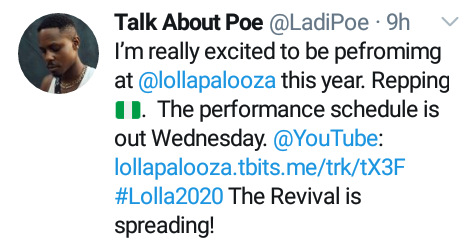 "I’m really excited to be pefromimg at @lollapalooza this year. Repping Nigeria. The performance schedule is out Wednesday. @YouTube: https://t.co/LAmuVUsto8 #Lolla2020 The Revival is spreading!" LadiPoe tweeted on Monday night.

The festival dubbed Lolla2020 will take place on the original dates for the in-person event with a mix of classic performances and new sets from Alison Wonderland, H.E.R. and Vic Mensa, among others.

The festival will be aired on YouTube in all the four nights beginning at 6:00 p.m. ET every night.

Full schedule of performers is expected to be revealed on Wednesday, July 29.

Organizers of the festival are working with several organizations in the festival that apart from entertainment seeks to raise awareness for a variety of important causes, including Arts for Illinois Relief Fund, Equal Justice Initiative, When We All Vote and others.

LadiPoe, one of the best rappers in Nigeria is currently enjoying massive airplay thanks to his recent hit song 'Know You' featuring Simi and a remix to his 2019 hit single 'Lemme Know' in which he has enlisted the services of Teni.

The Marvin Records signed singer recently released the 'Lemme Know' instrumentals and he is currently working on the remix's official video.