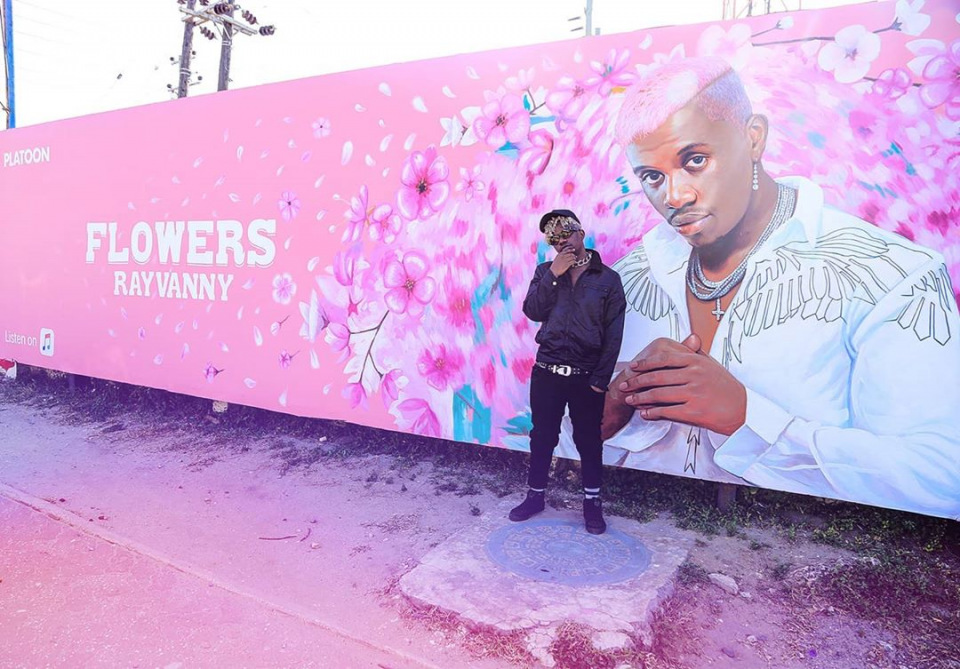 The painting in Dar es Salaam was a mystery considering that the artiste behind the piece of art was unknown even to Rayvanny.

According to Rayvanny, he has been receiving photos of the paintings from different fans and on Monday, he decided to visit the area and get the whole story.

Rayvanny met with the painter who revealed that the Apple Music team was behind the painting.

Speaking to Rayavnny, the painter identified as Rims stated that he was contacted by Apple Music representatives who were looking for a Tanzanian singer who had recently dropped an album or EP.

Rayvanny praised the painter for being creative and bringing out the best piece of art.

The flowers project was dropped in February this year in line with Valentine's celebrations.

The EP has done well on all digital platforms, managing millions of views on YouTube.

Recently, Apple music launched in Tanzania with Rayvanny being among the flagship artists for the giant American streaming platform.