Lolla2020 - A Four-Night Broadcast Event You Should Watch Featuring Ladipoe 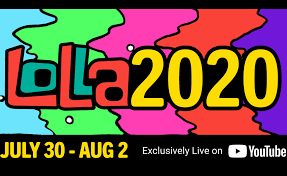 Lollapalooza 2020 will feature Nigerias Ladipoe in its special artists lineup of over 150 performances and appearances. This annual four-day music festival in Chicago, Illinois, at Grant Park was initially scheduled for June 2020 but due to Corona Virus, the event had to be postponed due to health concerns. Performances range from alternative rock, heavy metal, punk rock, hip hop, and electronic music.
Ladipoe from Nigeria, shared on his twitter feed of the excitement on His inclusion and that He will be performing alongside other global superstars at this year's festival. "I’m really excited to be pefromimg at @lollapalooza this year. Repping Flag of Nigeria. The performance schedule is out Wednesday. @YouTube: https://lollapalooza.tbits.me/trk/tX3F #Lolla2020 The Revival is spreading!"
Lolla2020 will include a mix of archival video, original performances, late-night sets and more starting on Thursday, July 30 and running through Sunday, August 2 on the JamBase Livestreams Calendar via YouTube. 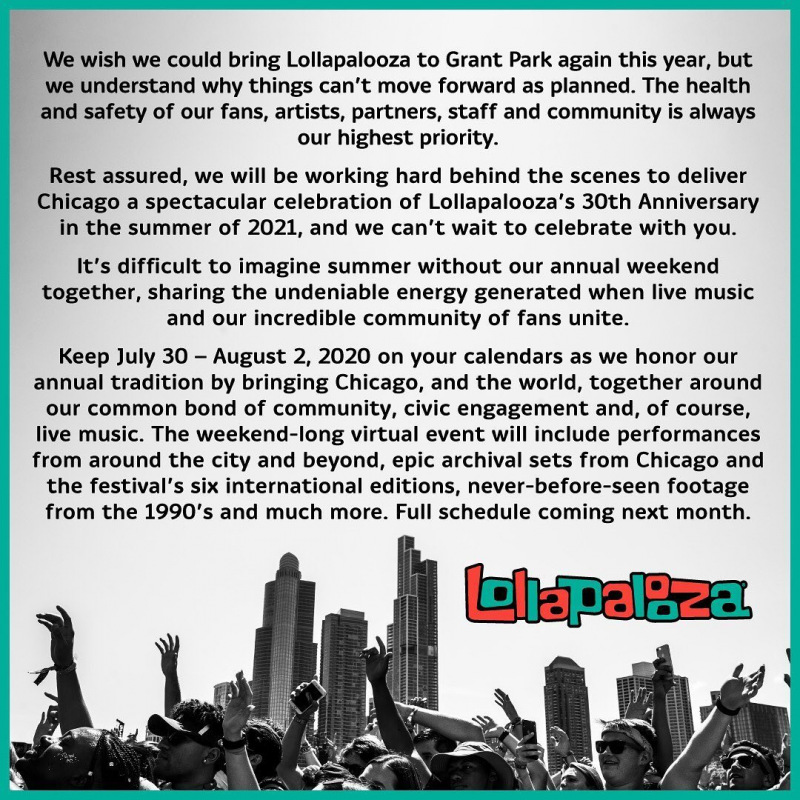 Lolla2020 will be much more different than the previous productions. It will be free, four-night broadcast will air exclusively on YouTube beginning at 6:00 p.m. ET every night, with the full schedule of performers slated for reveal on Wednesday July 29th.
As part of its mandate, Lolla will be teaming with organizations to raise awareness for a variety of important causes, including Arts for Illinois Relief Fund, Equal Justice Initiative, When We All Vote as shared on their Instagram page.
See the full lineup in the poster below 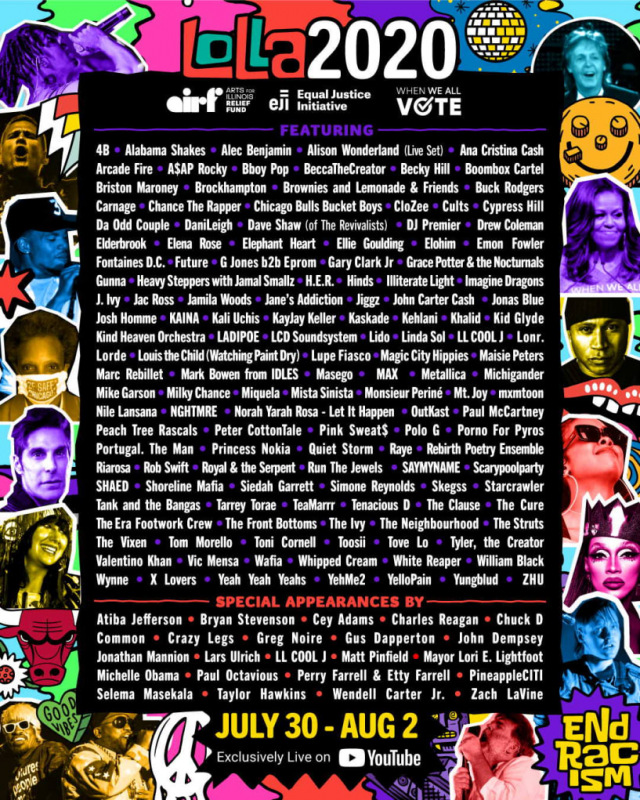