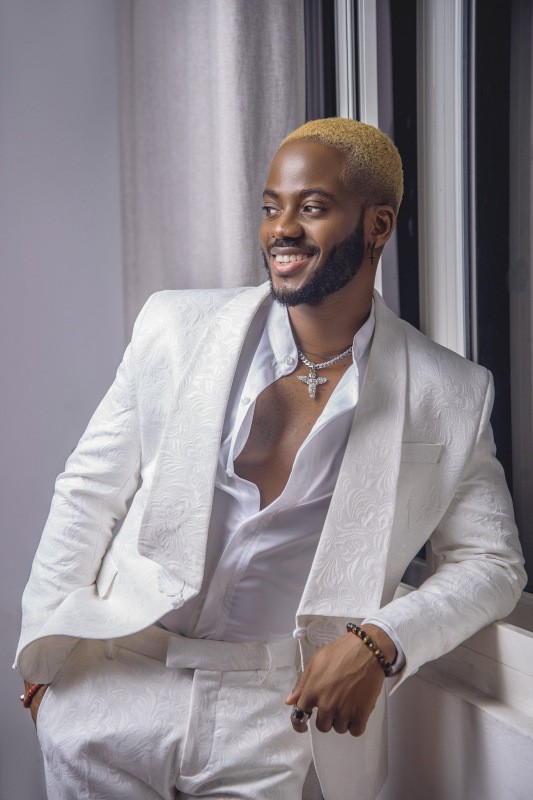 The project, a 5-track Extended Play (EP) was officially released on July 25.

Korede Bello who signed a record deal with Mavin Records in 2014 does not feature any artist in the 'Table For Two' EP that was worked on by four different producers: Rexxie, Princeton Beats, Johnny Drille and Ozedikus.

The EP contains two new songs and three that had already been released earlier in the year.

Already released songs in the new body of work are Morire‘, ‘Sun MoMi‘ and ‘Mi Casa Su Casa‘ whose visuals were released this month.

'Mi Cass Su Casa' video is already performing well as within two weeks of premier, it has been watched almost 1.5 million times on YouTube.

Unveiling the new project to his fans, Korede Bello said he loves all the tracks in it. 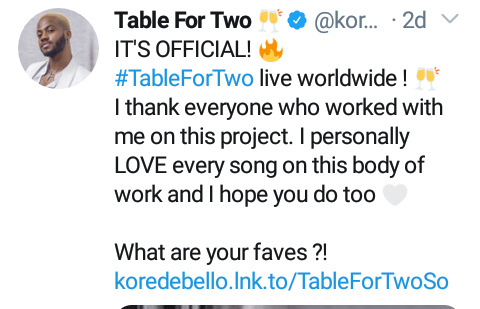 "IT'S OFFICIAL! #TableForTwo live worldwide ! I thank everyone who worked with me on this project. I personally LOVE every song on this body of work and I hope you do too," read a tweet posted on Friday.

Korede Bello who is aged 24 years old is best known for his hit single "Godwin", a semi-gospel and pop song which became a national anthem and topped many music charts across Nigeria.